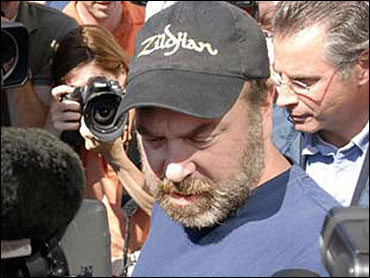 A recall of contaminated ground beef that has been linked to possible E. coli bacteria illnesses among 40 people in three Midwestern states is being expanded to 2.3 million pounds of meat sold nationwide, the Agriculture Department said Wednesday.

The Wisconsin-based meatpacker, Emmpak Foods Inc., recalled 416,000 pounds of ground beef in September in Illinois, Wisconsin and Minnesota, but expanded the recall late Wednesday. The beef was sold in grocery stores, hotels, restaurants and other food institutions nationwide.

The recall was initiated after food safety inspectors reviewed plant practices and company records at Emmpak, which does business as Peck Meats.

"I strongly encourage consumers of ground beef to check their refrigerators and freezers for the recalled product," Garry L. McKee, administrator for the USDA's Food Safety and Inspection Service, said in a statement.

Symptoms of E. coli infection include diarrhea and stomach cramps. The bacteria can be fatal in some cases. Found in animal feces, the harmful bacteria can be spread during the slaughtering process.

Consumers who find they bought the contaminated beef should return it to the stores they bought it from, he said.

Minnesota health officials and federal inspectors had found people were sickened by foods associated with an E. coli outbreak in Minnesota. Inspectors are continuing to investigate other E. coli-related illnesses in other states, officials said.

The Agriculture Department recently announced that it is toughening food safety policies. The move gives the agency greater authority to shut down packing plants where contamination is found.

Federal officials did not immediately return a phone call seeking comment about the investigation and the number of illnesses related to the recall.

Mark Klein, a spokesman for Emmpak, said he doesn't know if the plant will be shut down in light of the new policy.

"I can't speak for what USDA would ultimately decide. And we'll work with them to address this issue," he said.

The department has been criticized by members of Congress and consumer groups for its handling of a large ground beef recall this summer. The recall of 19 million pounds of hamburger by ConAgra Beef Co. was the second-largest beef recall in the United States. It sickened 17 people in Colorado.

The USDA referred consumers with questions about the recall to the Emmpak consumer hot line at 1-877-817-7622.