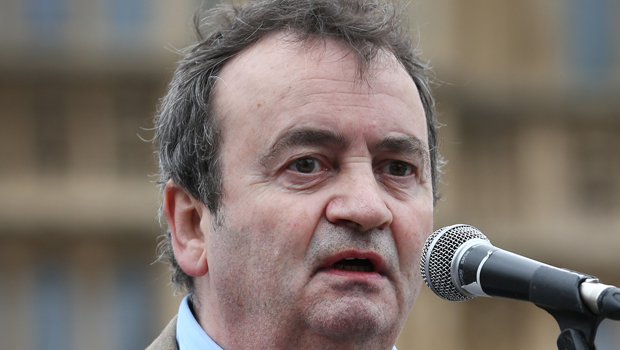 DUBLIN - Gerry Conlon, who was imprisoned unjustly for an Irish Republican Army bombing and inspired an Oscar-nominated film, has died at age 60 following a long battle with cancer.

His family said in a statement that he died Saturday at his Belfast home. They paid tribute to a man they said had "brought life, love, intelligence, wit and strength to our family through its darkest hours."

Conlon became a central figure in one of Britain's greatest miscarriages of justice after he and three others were convicted and sentenced to life for the 1974 bombing of a pub in Guildford, near London, that killed five people.

Conlon protested his innocence and insisted that police had tortured him into making a false confession. His position was vindicated in 1989 when the so-called Guildford Four were freed after a top judge ruled that police had fabricated the hand-written interrogation notes used to convict all four.

The exonerations came too late for Conlon's father, Guiseppe, who had been wrongly convicted along with six other relatives for allegedly supplying the bombs used by the Guildford Four. The elder Conlon died behind bars in 1980 and received his own posthumous pardon in 1991.

The family statement said Conlon's long campaign for justice "forced the world's closed eyes to be opened to injustice. It forced unimaginable wickedness to be acknowledged. We believe it changed the course of history."

Conlon's autobiography, "Proved Innocent," became the basis for the 1993 film, "In the Name of the Father," starring Daniel Day-Lewis as Conlon. It received seven Oscar nominations.

Tributes poured in from across Ireland.

"His loss will be felt both within West Belfast and across the world with all those who work in pursuit of justice," said Irish Foreign Minister Eamon Gilmore.

Alasdair McDonnell, a moderate Irish nationalist leader in Northern Ireland, called Conlon's conviction and 15-year imprisonment "terrible and appalling" and called him "a shining light in the search for truth."

He is survived by a partner and daughter. Funeral arrangements were not announced.