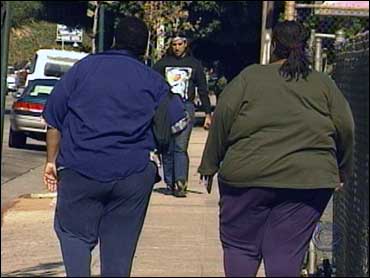 Inflating that "spare tire" around your waist may put the squeeze on your lungs, a new French study shows.

The current study shows that metabolic syndrome is also associated with impaired lung function. Further, abdominal obesity - compared to the other factors - is most tightly linked to the lung function impairment.

Researchers in France recruited more than 120,000 people. They performed a physical exam with blood tests, and checked demographic information, smoking status, measured their waistlines, and tested their lung function.

Those with metabolic syndrome were about 1.4 times more likely to have lung function impairment. But researchers were surprised by the findings in people with abdominal obesity.

People with excess belly fat were twice as likely to have impaired lung function. This was true even if their weight was normal. Previously, experts believed only severe obesity contributed to decreases in lung function.

Researchers aren't sure what the relationship is between big bellies and bad breathing. The effect could be mechanical: a large belly might restrict the diaphragm and make it harder for lungs to expand. Or, the extra fat could increase inflammation in the body, somehow harming the lungs.

The study appears in the American Journal of Respiratory and Critical Care Medicine.
By Matthew Hoffman
Reviewed by Louise Chang
©2005-2008 WebMD, LLC. All rights reserved