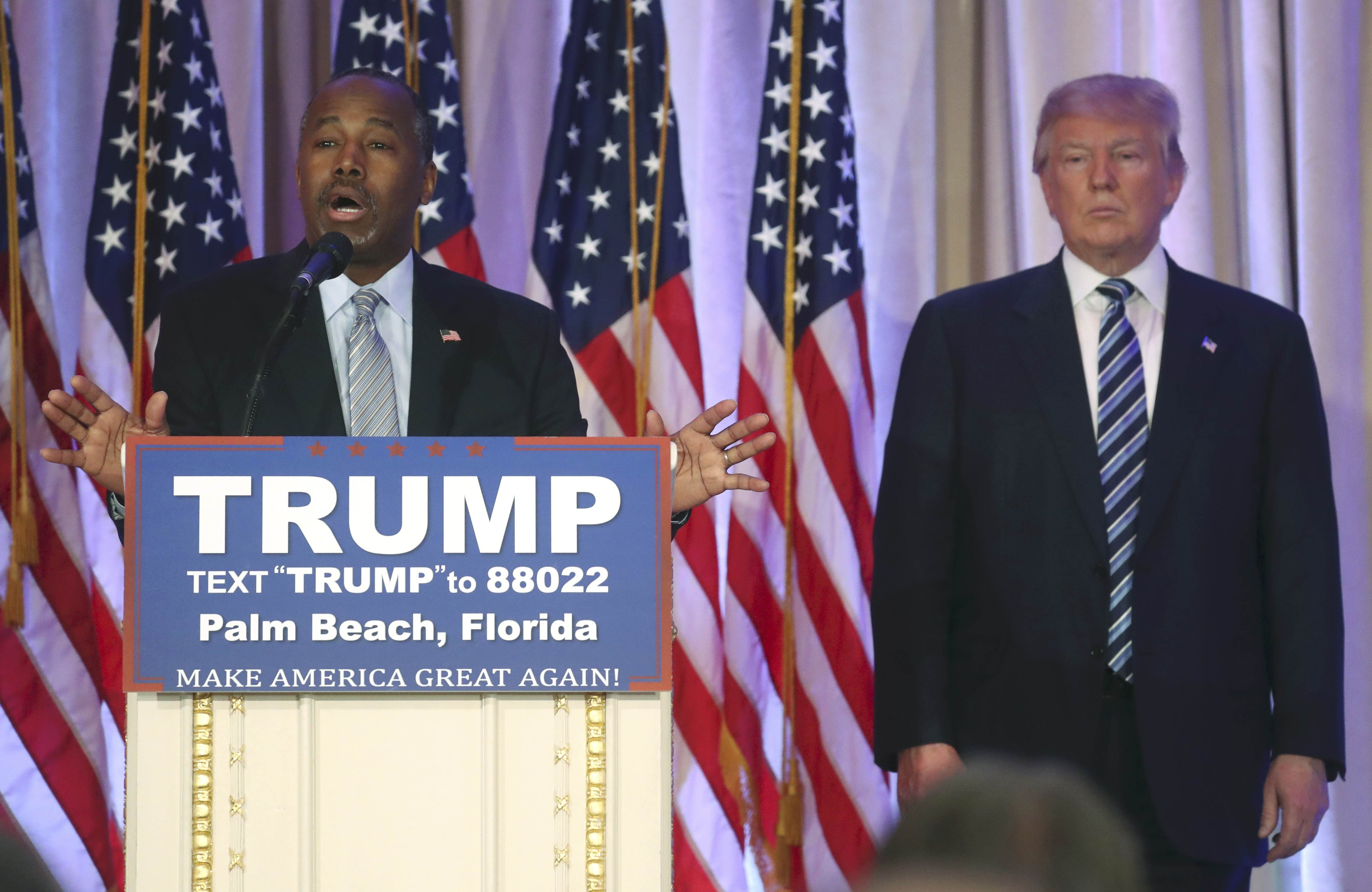 Ben Carson has told cable and Internet channel Newsmax TV he's confident he would play a role in a Donald Trump administration, should the billionaire Republican win both the party's nomination and the subsequent national election.

Carson said that after pulling out of the race himself, he decided to throw his weight behind Trump in what the self-described "big picture guy" suggested was a move to prevent the demise of the GOP.

"If we go to a system where we have a brokered convention, or something that thwarts the will of the people, the Republican Party will be so fractured that there's no way -- I don't care who you put in there -- that we're gonna win."

Carson said a brokered, or open convention -- which could come to pass for the first time in decades if Trump fails to win a couple key states' upcoming primaries -- could see Republicans lose control of the White House and the Senate, and allow "progressives" to reshape the Supreme Court.

Carson pointed to Trump's ability to galvanize support for the Republican Party from "a lot of people who were not interested in coming in before," and said that was a better option than watching the GOP unravel.

"Even if Donald Trump turns out not to be such a great president, which I don't think is the case, I think he's going to surround himself with really good people, but even if he didn't, we're only looking at four years as opposed to multiple generations and perhaps the loss of the American dream forever."

It wasn't clear from Carson's comments whether he believes that even if Trump does win the presidency, he couldn't likely win a second term.

Asked what his job might be under a hypothetical President Trump, Carson said he expected to help in an "advisory capacity," but added that he and Mr. Trump hadn't yet "hammered out all the details."

"I'm not going to reveal any details about it right now because all of this is still very liquid," he told Newsmax's Steve Malzberg.