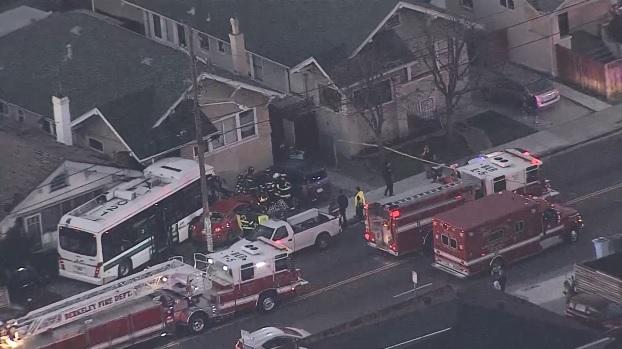 BERKELEY, Calif. -- A transit bus crashed into the front of a home in Northern California early Thursday morning, killing one person, according to CBS San Francisco. Police say the AC Transit bus initially struck a red sedan at an intersection. The force of the collision sent the bus barreling towards the residence.

The driver of the sedan was killed in the crash. Their identity is being withheld pending family notification. The bus driver and a passenger on the bus were not injured.

No other injuries were reported. The circumstances of the crash are being investigated.