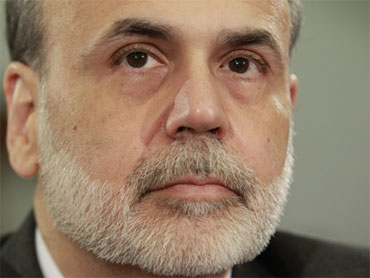 Critics, including some Fed officials, fear that all the money being injected into the economy could ignite inflation or speculative bubbles in the prices of bonds or commodities.

The Fed will buy $600 billion worth of government bonds in a bid to make loans cheaper and get Americans to spend more. Doing so would help the economy and prompt companies to boost hiring.

The economy hasn't been growing fast enough to reduce unemployment, which has been stuck at a high of 9.6 percent for three straight months. The Fed worries that high unemployment, lackluster wage gains and still-weak home values will weigh on consumer spending, a major drive of overall economic activity.

Because companies are loath to raise retail prices in this climate, inflation has been running at very low levels. That gives the Fed leeway to launch the new aid program.

Earlier in the week, Bernanke expressed confidence that once the economy is on firm footing, the Fed will be able to smoothly soak up all that money without harming the economy and unleashing inflation.