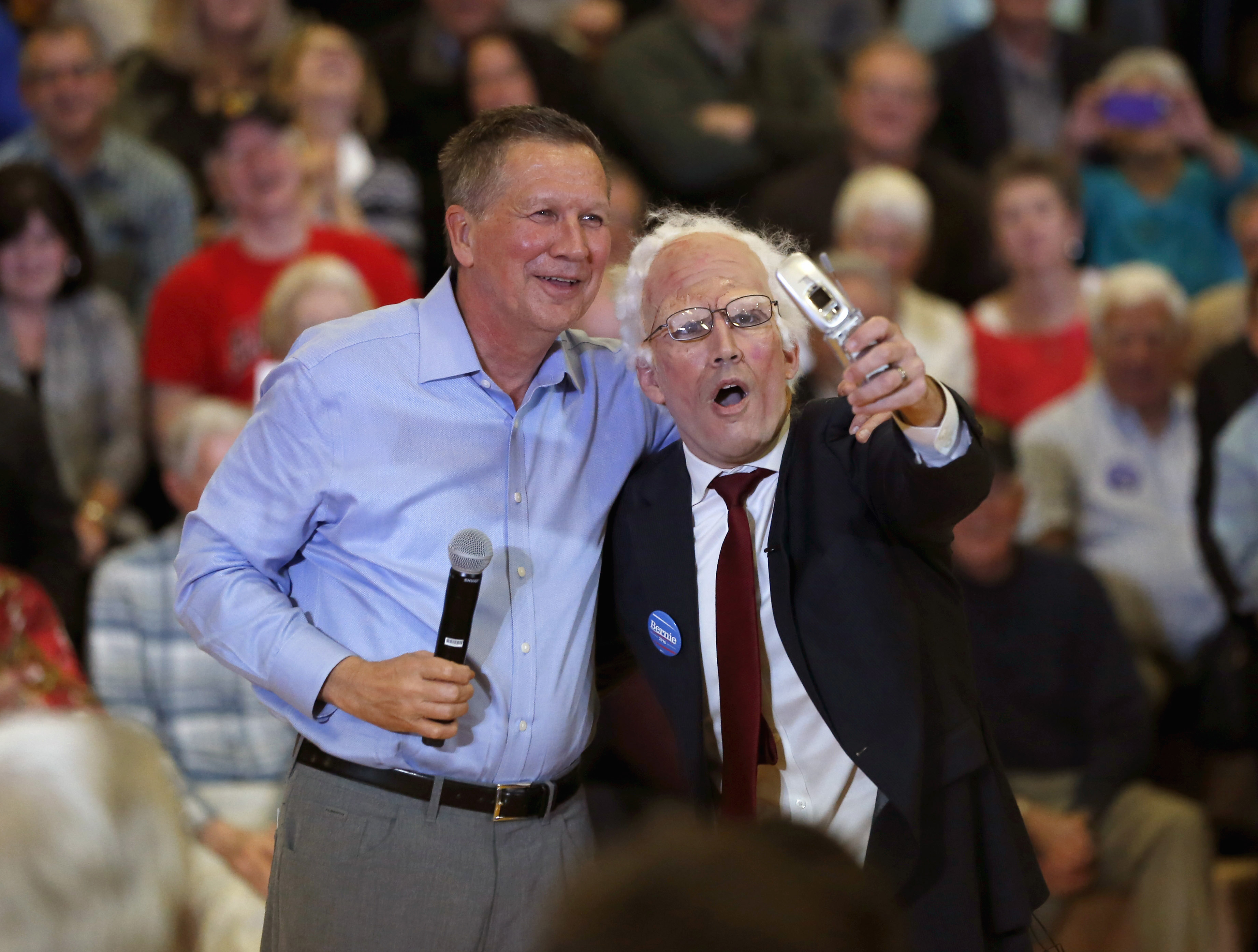 A man who was impersonating Bernie Sanders crashed a John Kasich town hall in Illinois on Wednesday afternoon.

At the event in Palatine, Illinois, the Ohio governor and presidential candidate appeared to call on the impersonator, who had a full face of makeup on, wore a white wig on his head and was dressed in a suit and tie.

"Hey Bernie, come on up here a second," Kasich called to the man, who then joined the contender in the middle of the room.

"This is not so much a question so much as it is a compliment. On behalf of all the American people, I want to thank you for bringing a little class to the Republican debates," the impersonator said in what sounded like a fake Brooklyn accent.

The impersonator then apparently took a selfie with Kasich with a flip phone.

Comedian Larry David is probably best known for his Sanders' impersonation and portrayed the candidate when he hosted "Saturday Night Live" last month.

Kasich had a third-place finish in Michigan's primary Tuesday night and at his election night rally, he said voters are "beginning to reward a positive campaign."

"I want you to know that I'm going to run a positive campaign and not get down in the gutter and throw mud at anybody," said Kasich, who predicted he would win his home state of Ohio next Tuesday in the critical winner-take-all primary.

Kasich and the other three remaining GOP candidates -- Donald Trump, Ted Cruz and Marco Rubio -- will face off in another debate Thursday night in Miami.