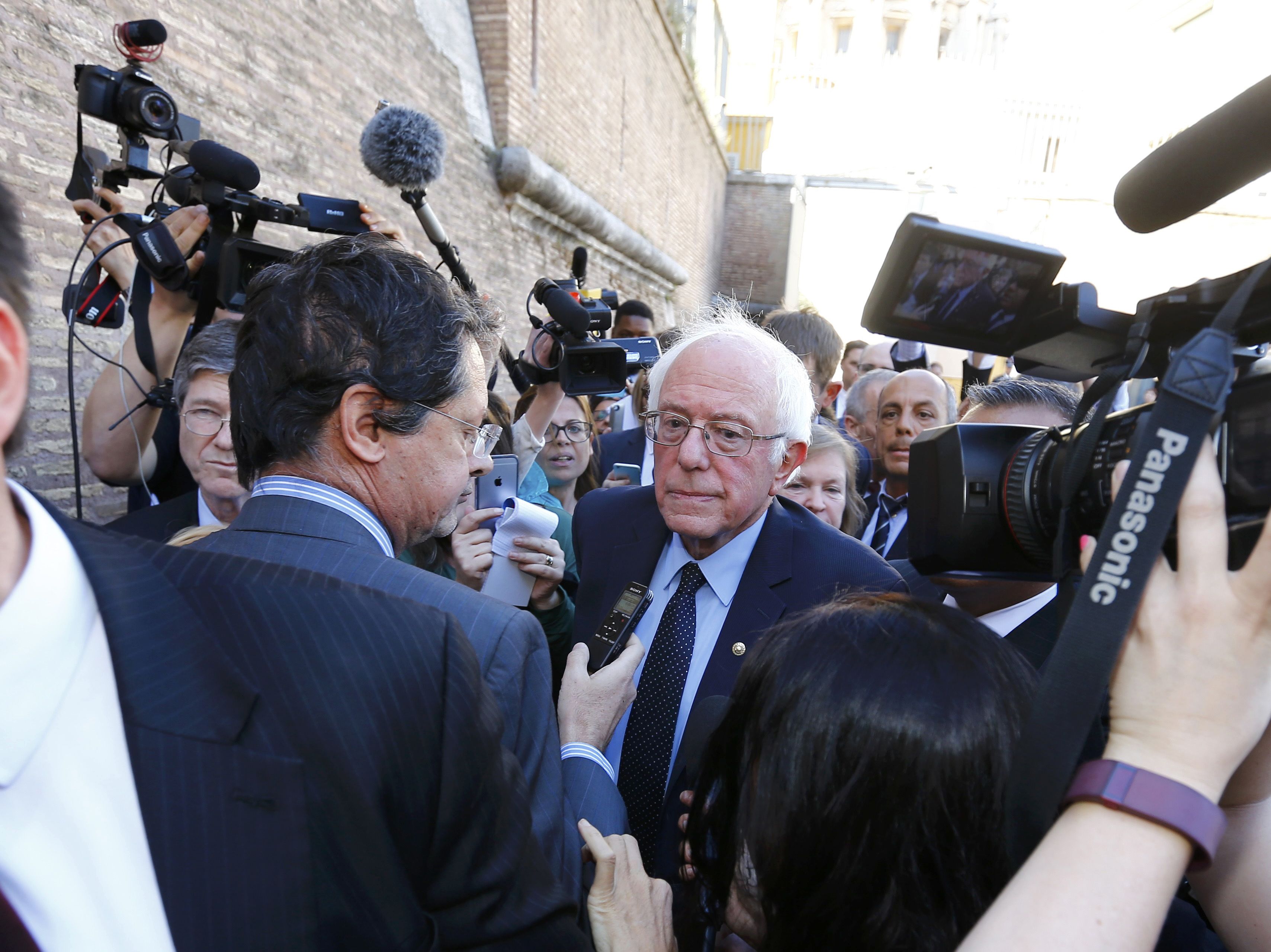 Bernie Sanders brought his campaign platform on wealth inequality to Vatican City Friday, calling for the world to embrace a more "moral economy" during a speech to a pontifical conference.

"At a time when so few have so much, and so many have so little, we must reject the foundations of this contemporary economy as immoral and unsustainable," Sanders told an audience of a few dozen at the Vatican, according to his prepared remarks.

Sanders arrived in Rome early Friday to deliver remarks at the Pontifical Academy of Social Science's 25th anniversary conference on Centesimus Annus, an important encyclical released by Pope John Paul II that expounded on the economy and social issues after the Cold War.

"Twenty-five years after Centesimus Annus, speculation, illicit financial flows, environmental destruction, and the weakening of the rights of workers is far more severe than it was a quarter century ago," Sanders noted to the Vatican think tank's meeting. "Financial excesses, indeed widespread financial criminality on Wall Street, played a direct role in causing the world's worst financial crisis since the Great Depression."

In his speech, Sanders, who is Jewish, drew parallels between his own campaign promises and the calls by Pope Francis for a more compassionate economic world view.

"I am told time and time again by the rich and powerful, and the mainstream media that represent them, that we should be 'practical,; that we should accept the status quo; that a truly moral economy is beyond our reach," Sanders said. "Yet Pope Francis himself is surely the world's greatest demonstration against such a surrender to despair and cynicism. He has opened the eyes of the world once again to the claims of mercy, justice and the possibilities of a better world."

He also used the speech to slam the United States' financial sector and the protections provided it by politicians that believed in a 'too big to fail' banking system.

"In my country, home of the world's largest financial markets, globalization was used as a pretext to deregulate the banks, ending decades of legal protections for working people and small businesses," Sanders said.

The result, the Vermont senator said, was a decline in the middle class. And of the effect on the country as a whole, Sanders added: "Our very soul as a nation has suffered as the public lost faith in political and social institutions."

Sanders' arrival at the Vatican comes just hours after he departed the Democratic debate stage in New York Thursday night, where economic issues and the corruption of big banks dominated much of the conversation between him and rival Hillary Clinton.

Speaking to reporters outside of the Vatican, Sanders said that his break from campaigning in New York, which holds its primary on April 19, was well worth the opportunity to speak at the conference.

"I know it's taking me away from the campaign trail for a day," Sanders said, but it was "so moving to me that it was just something I could not simply refuse to attend.'

While the Democratic candidate did not meet with Pope Francis (despite holding out hopes of doing so), he still expressed admiration for the Catholic leader, saying "I have long been a supporter of the economic vision of Pope Francis" and noting his "profound role in turning many people's minds around" on climate change.