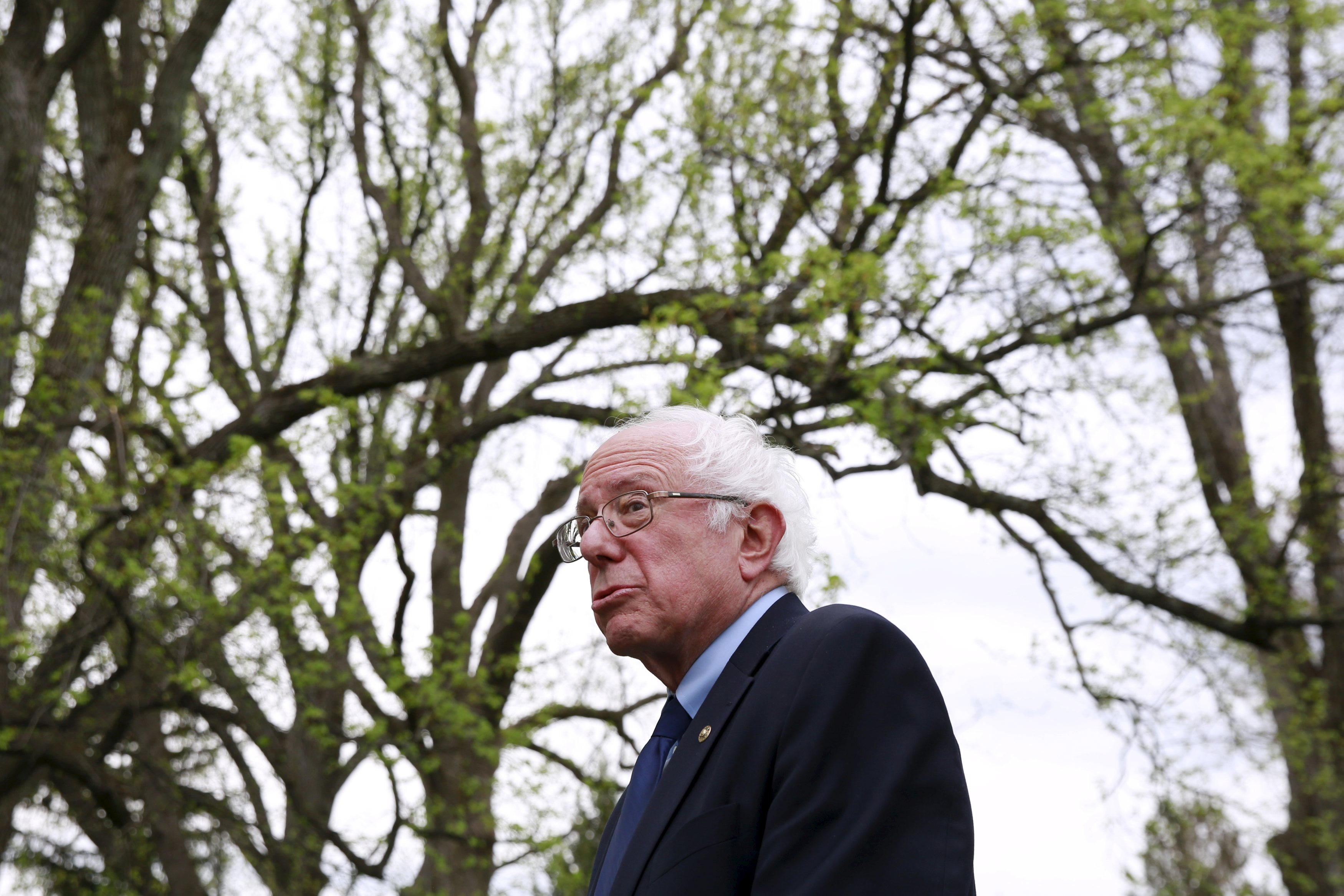 Democratic presidential candidate Bernie Sanders is attributing his recent primary losses to the "fact" that "poor people don't vote," delivering the comments during a taped interview with NBC's "Meet the Press."

NBC News host Chuck Todd told Sanders Saturday that "17 of the 25 states with the highest levels of income inequality have held primaries. Sixteen of those 17 states have been won by Hillary Clinton, not by you. Why?"

The Vermont senator, who has made addressing income inequality a cornerstone of his White House campaign, added that in the last 2014 midterm elections, "80 percent of poor people did not vote."

Sanders hoped, however, to "transform" that "sad reality of American society."

Noting that his campaign has done a "good job" engaging younger people in the voting process, Sanders said he hoped to do the same with the population of lower income voters, which he maintained he's had "some success with."

"If we can significantly increase voter turnout so that low-income people and working people and young people participated in the political process, if we got a voter turnout of 75 percent, this country would be radically transformed," Sanders said.

As the Washington Post mentioned, however, higher turnout rates among poorer voters may not have actually helped Sanders.

In the states where exit polls were conducted after primary votes were cast, Sanders still lost to Clinton among Democratic voters with household incomes below $50,000. Clinton won that demographic 55 percent to Sanders' 44 percent.

Sanders' comments come after a recent loss in the the state of New York, where Clinton muscled out the Vermont senator by 16 points.