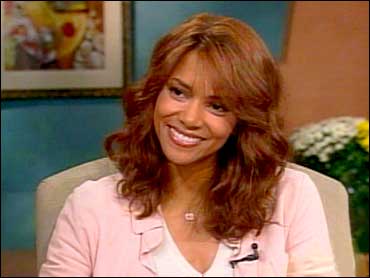 Her character, Dr. Miranda Grey, wakes up to find herself a patient in her own mental institution with no memory of the murder she may have committed.

The last thing Grey remembers is having an encounter with a mysterious young girl on an isolated road. The doctor maintains her innocence, but friends and colleagues believe she may be falling into madness.

This is the film Berry signed on to do after winning her Oscar. She tells The Early Show co-anchor Julie Chen, "This was a great role for a woman. There is such a range of emotions that this character goes through. She is victimized in many ways, but she's not a victim and I love the character. She's a tortured soul and I just respond to those kinds of women."

The supernatural thriller is the first sold on her name, something Berry says is scary to her.

She says, "It's what I've dreamed up and I guess always wanted. But, at the same time, there is a pressure to perform and all you can do, I've learned, is do the work that you respond to. Do the best you can. Give a hundred percent every day and just throw it up against the wall and it will be what it's meant to be and I do believe that."

Next for Berry is playing in "Catwoman," "The Guide," and "The Set-Up."

Some Facts About Halle Berry