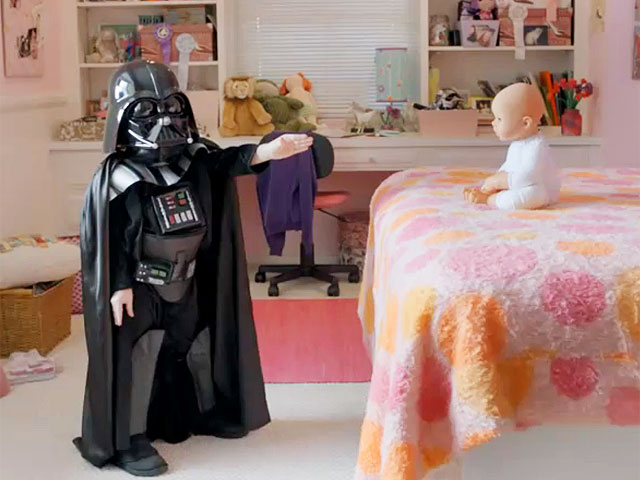 (CBS) Sure, we now know who is the best football team in America (it's the Green Bay Packers if you weren't watching), but whose Super Bowl commercial will reign supreme in 2011?

YouTube has compiled a big list of all the entries, but here are our top five picks. Check them out and vote for your favorite.

Scroll down to vote for your favorite ad in our quick poll!

1) Volkswagen tapped into our inner geeks, featuring a mini Darth Vader in their commercial, which already has over 15 million views. May the force be with you:

2) Even before it aired during the game, the Justin Bieber and Ozzy Osbourne Best Buy spot had everyone buzzing (ahem, I mean tweeting):

3) Eminem dominated commercial buzz with not one but two separate ads. The first for Brisk and another which he shot from his hometown of Detroit for Chrystler:

4) This has to be the best compilations of awesome TV Super Bowl moments ever from our favorite shows including "The Simpsons," "Golden Girls," "The Sopranos," "Seinfeld," "90210" and many others:

5) Any Super Bowl couldn't be complete without a beer ad. Look no further than Bud Light to deliver the ultimate product placement commercial. If you're going to do it, might as well own it:

6) The Big Game might go on without adequate seating, but without a revealing Go Daddy ad? And how about the big reveal?

7) See, his wife is only looking out for his health, preventing him from tucking into high-calorie foods. And jealousy has nothing to do with it.

8) Among several spots for Chevy was this Camaro ad that somehow features everything you could expect in a car commercial crammed into an ad client's pitch meeting. (And she's a teacher!)

GROUPON: "SAVE THE WHALES"

9) Oscar-winning actor Cuba Gooding Jr begins the ad with a heartfelt plea to save the whales. But that's not where he's heading ...

10) The chimps are back, this time proving that if there's anything insanely easier than a monkey holding down a job, it's a monkey getting a driver's license.

What were your favorites? Cast your vote in our quick poll: