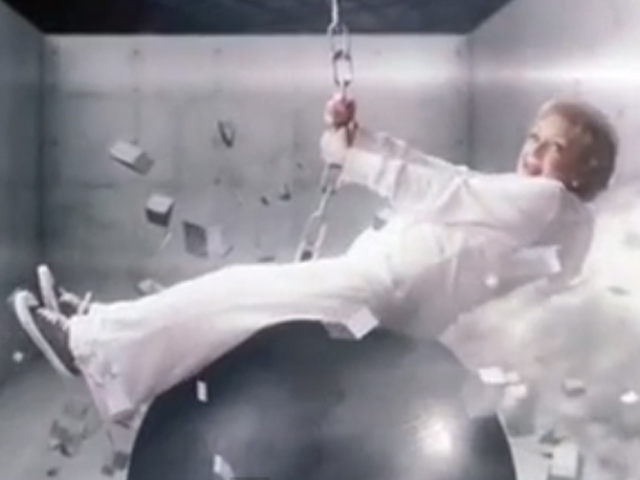 Betty White on a "Wrecking Ball" or holding a foam finger? Hard to imagine, right?

Not anymore. The 91-year-old actress is doing just that in a new teaser for her Lifetime TV series, "Off Their Rockers."

"I got some ideas from recent pop culture events that really got the kids talking," White says before we see her swinging on a ball reminiscent of Miley Cyrus' "Wrecking Ball" video. But unlike the 20-year-old pop star, the one-time "Golden Girl" is fully-clothed. At one point she holds up a foam finger like the one Cyrus famously paraded around with at the MTV Video Music Awards.

"Off Their Rockers," White's hidden-camera show, was canceled by NBC after two seasons, but is getting a second life on Lifetime.

Cyrus has done a good job of letting the world know she's out with a new album as "Bangerz" debuted at the top of the Billboard chart last week. Even grandmas know who Miley Cyrus is.