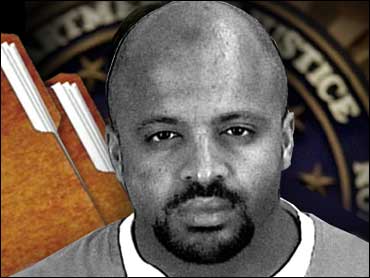 
Now federal prosecutors in the case of Zacarias Moussaoui really are caught between the hammer and the anvil. The judge for the zany terror suspect has finally made explicit an official perception about the case that has long been implied: The government probably has overreached by seeking the death penalty against a man who may not have committed the specific crimes with which he has been charged.

There is precious little room for positive prosecutorial spin after U.S. District Judge Leonie M. Brinkema declared in an order unsealed Wednesday that there are witnesses who "could provide material and favorable testimony" on behalf of the defense that, "at a minimum ... would eliminate the possibility of a death sentence, and could exculpate him from the specific conspiracies charged in this case."

Sure, the judge hasn't declared Moussaoui innocent. And, sure, the Justice Department likely will appeal the judge's ruling, hoping that the conservative 4th U.S. Circuit Court of Appeals reverses her decision to allow Moussaoui some sort of testimonial access to more and more al Qaeda leaders.

But however that appeal turns out - and however long it takes to get resolved - the government now will have to either pursue its case against Moussaoui before a judge who seems convinced he's getting a raw deal or else remove Moussaoui from the civilian courts altogether and try him before a military tribunal.

Either way, it won't be nearly as palatable a scenario as what the feds thought they were getting into when they first indicted Moussaoui on December 11, 2001 amid a lot of fanfare from Attorney General John Ashcroft that the "20th hijacker" had been nabbed.

Judge Brinkema's candid assessment of potential evidence in the terror conspiracy case means that the Justice Department no longer can say with a straight face that it has a slam-dunk case proving Moussaoui was part of the Sept. 11 conspiracy to bring down the Twin Towers and the Pentagon.

In fact, judging by what the judge is saying, federal prosecutors ought to be plenty worried about whether they can make any conspiracy charge stick against the defendant who was apprehended in Minnesota one month before the World Trade Center was destroyed. Never mind proving that Moussaoui was supposed to be on one of those planes. How about proving that he's committed any serious crime?

Moussaoui's story, for those of you coming late to the party, is that he is an al Qaeda terrorist all right - he admitted as much in court last summer - but that he was never part of the Sept. 11 conspiracy. Moussaoui says he was in America to take part in a subsequent wave of terror that was to - and perhaps still will - follow the demise of the World Trade Center. Moussaoui says that his terror bosses-including especially al Qaeda capo Khalid Sheik Mohammed - will back up his story and, so far, Judge Brinkema seems to agree.

This is not a minor issue. If Moussaoui were not involved in the conspiracy that killed over 2,700 people that awful day, he shouldn't be eligible for the death penalty -- a punishment reserved only for those conspiracies that actually result in death.

In other words, if Moussaoui was part of a conspiracy the aims of which were never fulfilled the most he ought to get (and, mark my words, the most he will get when all the legal fussing is through) is life in prison. So you might say, as Judge Brinkema implies, that the feds either got the right guy for the wrong crime or the wrong guy for the right crime. Either way, the judge's order, and the words she used in issuing it, is a devastating blow to the government's efforts to get a conviction and death penalty against Moussaoui.

Already facing pressure to get the case moving again - it has been stalled in legal limbo for over a year now as the fight of access to witnesses wends its way through the system - the Justice Department now will have to reevaluate the wisdom of trying to fit a round peg into a square hole. The feds have long argued that Moussaoui is not entitled to have access to his terror colleagues because of national security concerns. Judge Brinkema has long countered that so long as Moussaoui is in her court the government may not hide behind the veil of national security while depriving a capital defendant of his constitutional right to introduce witnesses on his behalf.

Clearly, as we come upon the second anniversary of Moussaoui's initial indictment with no trial date set or in sight, the case is in stasis. Judge Brinkema cannot and will not back down - there are no convenient alternatives to constitutional rights in criminal cases. But the White House and Justice Department may have to, now more than ever in wake of the judge's comments. The government initially wanted a public trial for Moussaoui to show the world how fair and just and tough our civilian courts could be even to someone accused of taking part in the worst crime in American history. It's now time for Plan B.

What is no longer an option is pretending that Moussaoui's story is simple or that the government necessarily got it right when it pegged him from the get-go as the "20th hijacker."