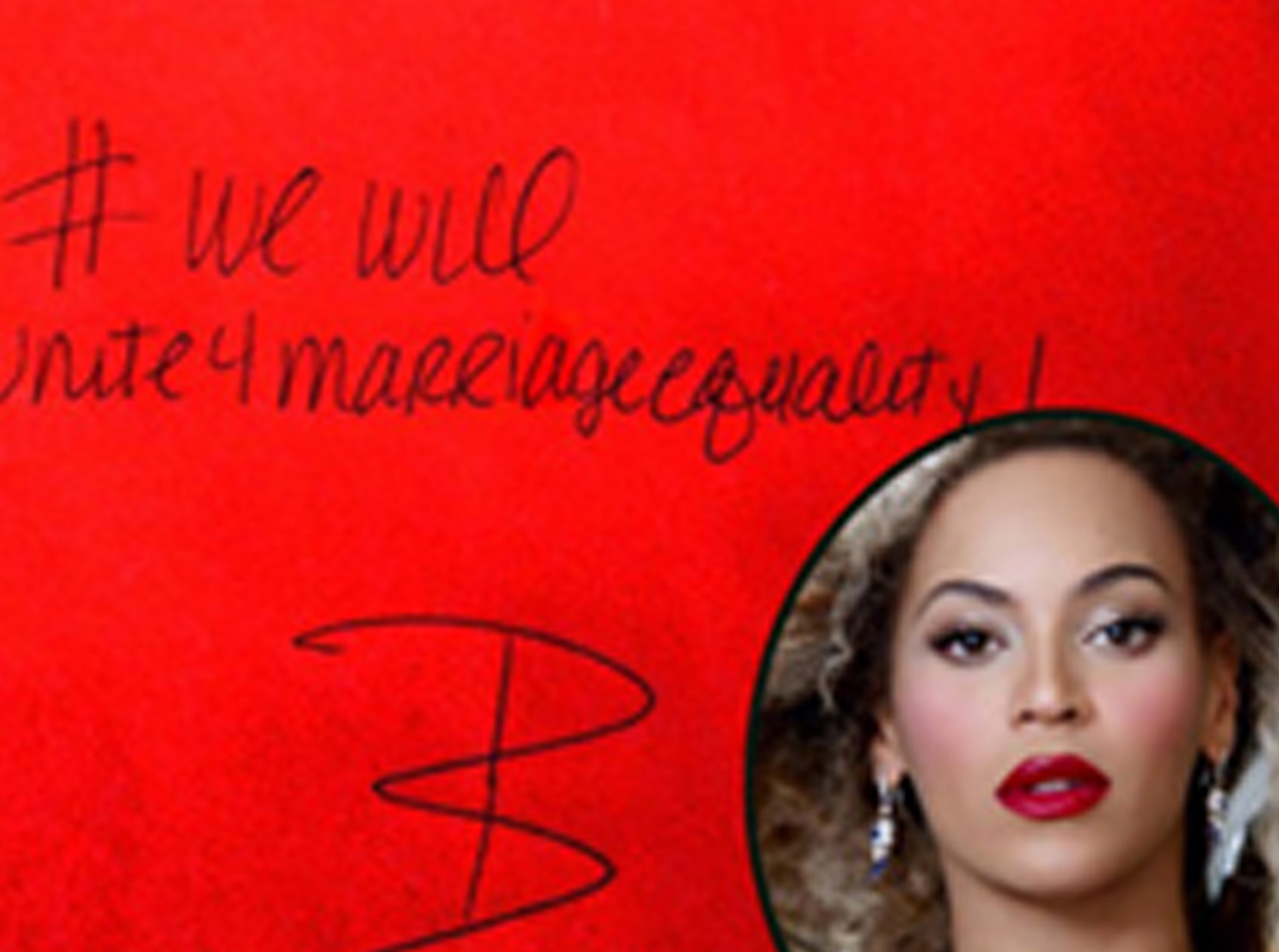 Beyonce believes that everyone has the right to put a ring on it.

Hours after the debate on Prop 8, California's controversial ban on gay marriage, battled on in the Supreme Court, the Grammy winner voiced her support of marriage equality, using her Facebook page to let the world know where she stands.

The 31-year-old star posted a handwritten note that read, "If you like it you should be able to put a ring on it," giving the lyrics to her hit song "Single Ladies" a more important meaning. She captioned the post, "#WeWillUniteForMarriageEquality."

Earlier, Beyonce had posted another Facebook message -- "It's about TIME!!! #EQUALITY #MarryWhoYouLove" -- and attached a photo of the Human Rights Campaign logo.

Last spring, her husband, Jay-Z, joined in on the conversation, lending his voice in support of the marriage equality issue, saying that President Barack Obama's trailblazing endorsement of same-sex marriage was "the right thing to do."

"You choose to love whoever you love," H.O.V.A. said in an interview with CNN. "That's their business. It's no different than discriminating against blacks. It's discrimination, plain and simple."