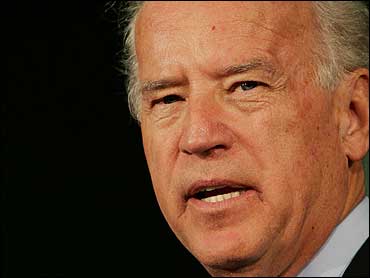 President-elect Barack Obama's transition team announced Vice President-elect Joe Biden will oversee the new administration's effort to find ways of building up the ranks of the middle class on Sunday.

The task force will include four Cabinet members as well as other presidential advisers, the transition team said.

The goal is to recommend proposals to ensure the middle class is "no longer being left behind," Biden said. The proposals could include executive orders and legislative plans.

"Our charge is to look at existing and future policies across the board and use a yard stick to measure how they are impacting the working and middle-class families," Biden said in a statement released Sunday. "Is the number of these families growing? Are they prospering? President-elect Obama and I know the economic health of working families has eroded, and we intend to turn that around."

Obama has spent recent weeks at a breakneck pace, barreling through appointments. During the last week, Obama met reporters every day to announce his picks for Cabinet posts, rounding out the bulk of his top economic, national security and domestic policy officials in his administration-in-waiting.

Still unfilled are his picks for CIA director and national intelligence director, along with other sub-Cabinet appointments. Aides say the president-elect would continue working on those during his vacation.

Just last month, Obama promised to create 2.5 million new jobs. Now that the economy has gotten considerably worse, he revised that goal to 3 million jobs. To help with that, he is considering a stimulus package of up to $775 billion over two years, reports CBS News correspondent Ben Tracy.

Obama is pushing for federal investments in health care, education and energy that could stimulate jobs and the economy while laying the ground work for long-term reform and a more sustainable economy.

Obama's team and congressional staff have been scrambling to flesh out a plan by Jan. 2, to pump up the ailing economy so it can be enacted shortly after he takes office on Jan. 20.

"The economy is in much worse shape than we thought it was in," Vice President-elect Joe Biden told ABC television's "This Week," in an interview aired Sunday.