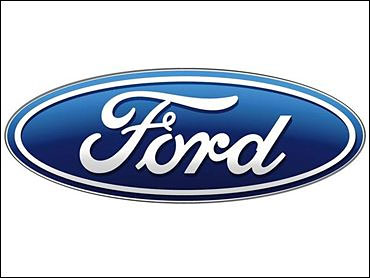 Ford Motor Co.'s board of directors began a two-day meeting Wednesday to consider a sweeping restructuring plan the company hopes will help pull it out of a slump. Thousands of jobs are on the line and several plants may shut down to help the nation's No. 2 automaker overcome rising costs and the loss of market share to foreign rivals.

Ford has at least eight assembly plants at significant risk of closure for many reasons, including the products they make, their age, their proximity to suppliers and the flexibility they have to produce a variety of products, according to auto analysts from consultants Global Insight Inc. and IRN Inc., and restructuring firm Conway, MacKenzie and Dunleavy. The plants employ more than 17,000 hourly and salaried workers.

Tom Hoyt, a spokesman for Ford, wouldn't discuss details of the restructuring Wednesday, saying the plan hasn't been completed. But the board was holding a regularly scheduled meeting in Dearborn, Mich., and one of the items on the agenda is the restructuring plan.

Ford has already announced it will cut 4,000 salaried jobs next year and as many seven top executives reportedly will be fired in this restructuring, CBS News correspondent Anthony Mason reports.

The Detroit News reported that the plan under consideration by the board today would close at least 10 plants in North America and elimination between 25,000 and 30,000 hourly jobs over the next five years,Mason reports.

The company would not confirm the report but Automobile magazine's Jean Jennings told Mason, "I would virtually guarantee those numbers are accurate."

"I mean they are in the ashcan. Their sales were seriously down in November — almost 15% off," Jennings said.

The automaker is expected to reveal the plan on Jan. 23, according to United Auto Workers Vice President Gerald Bantom, who is in charge of negotiations with Ford. Bantom said he had no details of the plan, but industry analysts say Ford must take major steps to get its plant capacity in line with falling U.S. demand for its vehicles.

Ford used only 86 percent of its North American assembly plant capacity in 2004 compared to rival Toyota Motor Corp., which is running at full capacity, according to the Harbour Report, which measures manufacturing productivity. Ford has around 23 assembly plants in North America.

Ford has already lost more than $2 billion this year. Keith Crain of Automotive News tells Mason. "They simply don't have enough customers for their cars. So they're gonna have to shut down those plants and send those workers home forever."

At the top of the list for closure is the St. Louis plant in Missouri, which makes the struggling Ford Explorer and the Mercury Mountaineer. Explorer sales were down 30 percent in the first 11 months of this year despite an extensive redesign.

Also high on the list are the Atlanta, Ga., plant and the Twin Cities plant in St. Paul, Minn. Atlanta makes the Ford Taurus sedan, which is scheduled to be phased out next year, while the Twin Cities makes the slow-selling Ford Ranger pickup. A plant in Cuatitlan, Mexico, which makes F-series trucks for the Mexican market, also is at risk, analysts said.

"All four of those plants are very vulnerable," said Catherine Madden, a production analyst with Global Insight. "Idling these would make significant improvements in capacity."

Two plants in Ontario, Canada, St. Thomas Assembly and Oakville Assembly, could be at risk because Ford will want to show the United Auto Workers that it's not confining cuts to U.S. plants, said Erich Merkle, a senior auto analyst with IRN. Merkle said Ford could decide to move sedans from Canada to an at-risk plant in Wixom, Mich., which makes the Lincoln Town Car, or it could decide to close Wixom and move the Lincoln products to a plant in Chicago.

Merkle also said Ford may want to shuffle its truck production and close the Michigan Truck Plant in Wayne, Mich., which is often idled because of slumping sales of sport utility vehicles.

Analysts don't always agree. Chuck Moore, director of Conway, MacKenzie and Dunleavy, said at least one of the four U.S. plants producing F-series trucks, in Michigan, Kentucky, Missouri and Virginia, could close and have production consolidated.

But Madden and Merkle said the F-series is so important to Ford and such a big seller, that it likely will keep all four plants running. Ford sold nearly 812,000 F-series trucks in the United States in the first 11 months of the year, the most sales for any individual vehicle.

Ongoing negotiations with local and state governments also could affect the outcome. In Georgia, officials say they'll ask the state assembly to keep the plant open through tax breaks and other incentives. But Rebecca Lindland, an auto analyst with Global Insight, said Atlanta's Hartsfield-Jackson Airport also may want to buy the land the plant sits on in order to expand.

The analysts agreed that any Ford plan must include money to update remaining plants so they can build a greater variety of vehicles. Some of Ford's plants already are highly flexible, including a truck plant in Dearborn, Mich., which can build up to 16 different models. But for the most part, Ford has fallen behind rival General Motors Corp. in plant flexibility, which hurts its ability to respond to market demands, analysts said.

"If there is not a significant amount of capital investment, I would really question the feasibility of the plan," Moore said.

The question is will they be enough to turn Ford around?

"This is not the first time. And if they don't learn how to sell cars it won't be the last time," Crain says.

Last month, GM's plan to close 12 facilities and cut 30,000 jobs was greeted with a yawn on Wall Street, which said the automaker must take even more significant actions to return to profitability. Ford reported a $1.2 billion pretax loss in its North American operations in the third quarter.