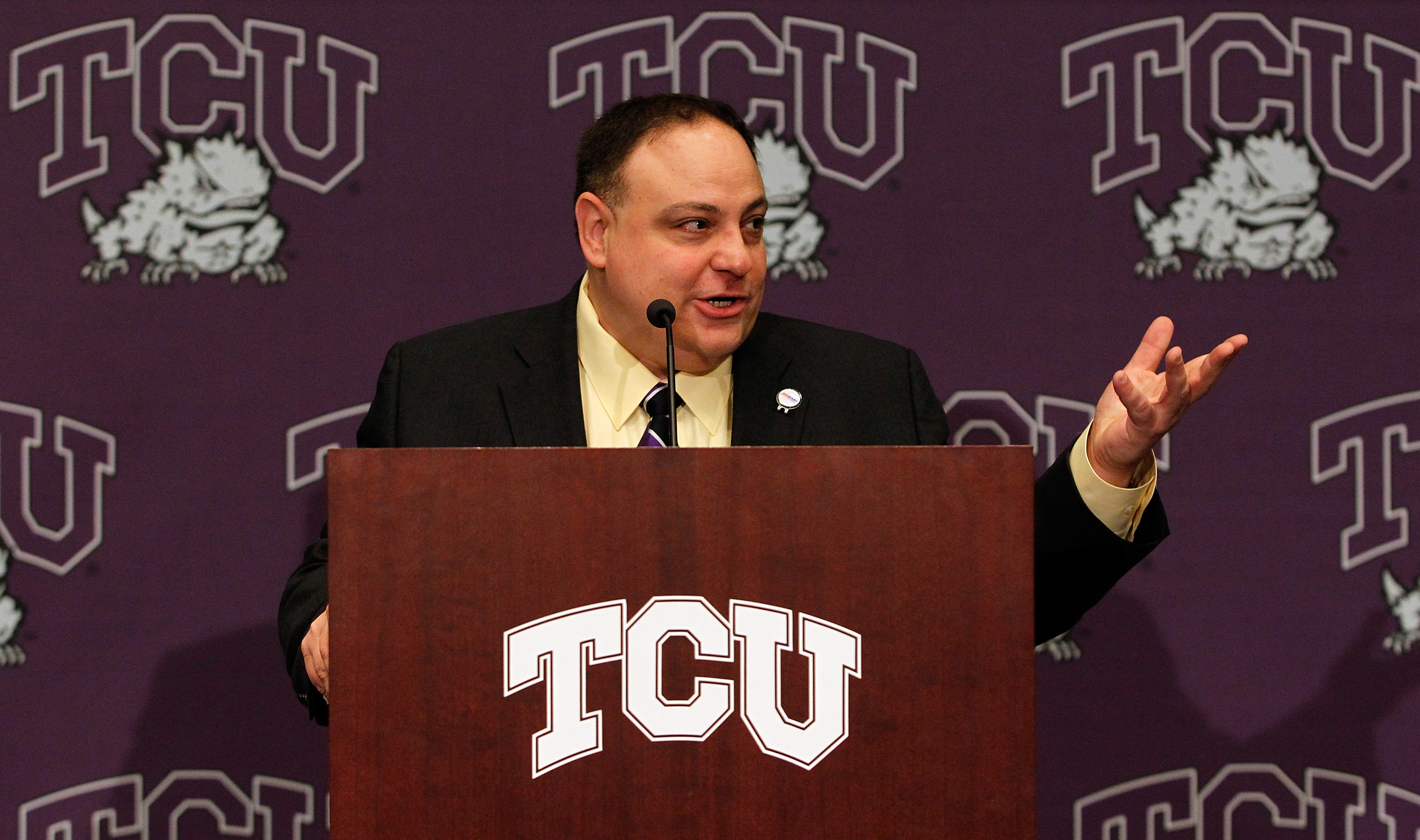 Marinatto was asked to resign by the league's presidents Sunday, sources told CBSSports.com. Under Marinatto the Big East had been hit by several defections due to conference realignment -- TCU and West Virginia left for the Big 12 and Pittsburgh and Syracuse will leave for the ACC in 2013 or 2014.

The Big East regrouped by adding Central Florida, Houston, Memphis, SMU and Temple for all sports and Boise State, San Diego State and Navy for football only.

"Our recent expansion efforts have stabilized the conference for the long term, and we are likewise well positioned for our very important upcoming television negotiations," Marinatto said in a statement from the conference. "As a result, I felt this was the right time to step aside and to let someone else lead us through the next chapter of our evolution."

The news caught some Big East schools off guard.

Connecticut Athletic Director Warde Manuel said he was shocked to learn of the resignation Monday, but said it will not affect his school's affiliation with the Big East.

But UConn had been actively exploring the possibility of joining the Atlantic Coast Conference or another conference after the moves by Syracuse and Pittsburgh.

Manuel said Monday that UConn has no current plans to leave.

"I'm happy in the Big East," he said. "That's where we're going to stay and compete and do what we do."

Former Miami Dolphins CEO Joseph Bailey III will serve as interim commissioner. The search for a permanent replacement will be chaired Gregory Williams, the president of the University of Cincinnati and a member of the Big East executive committee.

Marinatto became the third commissioner of the Big East on July 1, 2009. He had served as the conference's senior associate commissioner since 2002 and spent 14 years as the athletic director at Providence College.

"John helped build the Big East into what it is today, and played a critical role in our successful expansion efforts, and for all of that we thank him," said Judy Genshaft, President of the University of South Florida and the chair of the conference.

But privately, many in the conference were unhappy by the defections of Pitt and Syracuse, and some blamed Marinatto for being caught off guard.

"I said that when I left that's one of the reasons why I did leave," he told The Associated Press on Monday. "The conference was susceptible to be raided."

"When something goes wrong, the person in that chair is the one to take the hit."

"I am proud of what we have been able to accomplish and would like to take this opportunity to publicly thank both our membership and my staff for their unwavering encouragement, support and loyalty — especially during this past year," he said. "I am extremely confident about the future of this league that I love very much."

The conference also announced that as part of an effort to maximize its media rights and branding, it had retained The Boston Consulting Group to review its organizational design and structure.