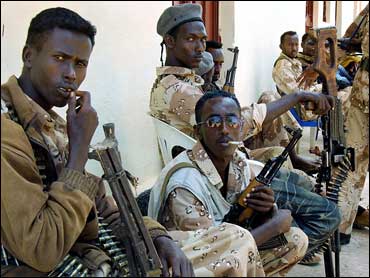 Johnson pitched a five-hitter to win his 17th game and Steve Finley homered twice to lead the Arizona Diamondbacks to a 7-0 win over the Montreal Expos on Wednesday night.

Johnson (17-5), coming off his first no-strikeout game in 11 years, struck out 10 in his third shutout of the season and 28th of his career.

"I felt like every time I got our offense back out there, we were able to get a few more runs," Johnson said. "As a starting pitcher, when you go out there and get runs, it's a lot easier to go out there and feel like you can make a mistake, if it should be made."

Johnson also pitched shutouts in a 1-0 win over Pittsburgh on April 9 and a 6-0 win in Chicago on April 30.

"I knew we were in trouble after he threw the first fastball tonight," Expos manager Felipe Alou said. "Some of the young guys really struggled out there."

Finley hit a two-run homer off Felipe Lira (3-5) to cap a four-run first. He added a solo homer in the fifth his 33rd for his third two-homer game of the season, the 17th multihomer game of his career.

"(Johnson) had a rough outing his last start," Finley said. "He doesn't have too many of those a year, so he came back tonight and redeemed himself and pitched a great ballgame."

Lira allowed seven hits and five runs in 2 1-3 innings as the Expos lost for the 16th time in their last 20 games to finish a 2-4 homestand.

The win was Johnson's first in five starts against Montreal, the team he made his major league debut with in 1988.

"That's a very good team," Johnson said. "I've watched them the last two nights. They're a team that kind of lays low. When you score a few runs on them, they come right back and string some hits together."

Johnson retired the first eight Expos he faced five on strikeouts before reliever Mike Johnson lined a single to left with two outs in the third.