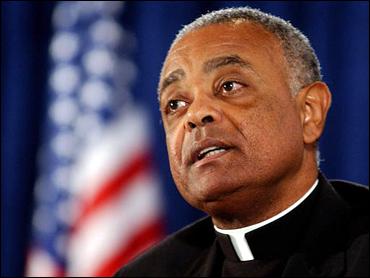 The plan, which the bishops adopted Wednesday, could take at least a year to put into effect, the prelates said.

"This is a difficult moment for the church so we had to do something to get past it," said Bishop Thomas Doran of Rockford, Ill., who helped oversee the revisions. "Will it work? None of us is a prophet. We hope it will."

The Vatican still must approve the policy to make it church law, and therefore mandatory, but the changes were worked out by a joint U.S.-Vatican commission last month. U.S. prelates are certain the document will win endorsement from the Holy See.

The prelates voted 246-7 with six abstentions to adopt the changes, which they said still require guilty clerics to be removed from public ministry — saying Mass, teaching in Catholic schools, wearing a Roman collar — after a single case of abuse with a minor.

The policy allows bishops to conduct a confidential, preliminary inquiry when a molestation claim is made to determine whether it is plausible. If it is, the accused priest is to be put on leave, then must go before a clerical tribunal to determine his guilt or innocence.

The old policy that the bishops approved in Dallas five months ago allowed church leaders to pull priests out of their jobs as soon as they were accused. Vatican officials expressed concern the approach denied priests due process. The Holy See withheld its approval of the plan until the changes were made.

The bishops must now create the courts, train church prosecutors and judges and take other steps to put the system in place, Doran said.

The prelates voted to spend nearly $1 million in each of the next two years on addressing abuse. Part of the money is for their newly created Office for Child and Youth Protection. They appointed a director for that office just last week.

The Survivors Network of Those Abused by Priests objected to the policy, saying it gives too much discretion to bishops, whose negligence caused the molestation crisis.

"Bishops have voted to give themselves more power and backtracked from their earlier promises," said Barbara Blaine, the group's president. "It is critical that survivors keep coming forward, regardless of the obstacles."

Bishops are compelled to obey local civil law on reporting abuse claims, but not more than that. The church leaders, however, pledged to report all allegations involving children to civil authorities.

Under the new policy, bishops can ask the Vatican to waive the church's statute of limitations, which requires victims to come forward by age 28. Review boards including lay people will monitor how dioceses respond to abuse, but the policy stresses that only bishops can manage clergy.

The bishops are trying to heal a church under siege following 10 months of revelations about church leaders sheltering molester clergy. Dioceses are facing grand jury investigations, hundreds of civil lawsuits and parishioner dissent.

At least 325 of the nation's 46,000 priests have resigned or been removed from their posts this year because of accusations of sex abuse. Assuming the Vatican backs the policy, many of those cases will be heard by church courts, said Cardinal Francis George, who helped negotiate the revisions with the Vatican.

The crisis started last January when Boston's Cardinal Bernard Law acknowledged reassigning a priest who had been accused of abuse, putting every diocese under scrutiny.

The bishops approved a statement Wednesday apologizing for the damage from the mistakes they made. Bishop Wilton Gregory, president of the U.S. Conference of Catholic Bishops, acknowledged that it's been a "painful year" but felt progress had been made.

"I think the church is in a much better place than it was before," he said.