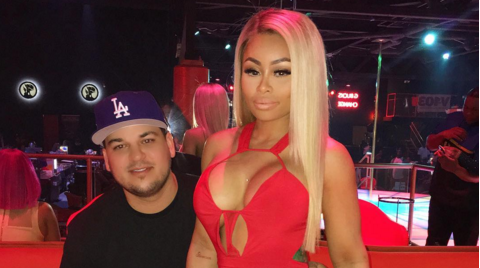 There’s a new little Kardashian lady on the way.

Rob Kardashian and his fiancée, Blac Chyna, revealed that they are having a baby girl. The news was part of the premiere episode of their new reality series, “Rob and Chyna,” which premiered Sunday night.

During the premiere, just before the gender was revealed, the dad-to-be confessed that he was really hoping for a boy. But that’s not what he’s getting.

“It’s an emotional moment. Me wanting to have a boy, it definitely stems from my dad,” he said on the show. “But I’m sure I’ll have the same relationship that I had with my father with my daughter.”

“I’m just happy that the baby’s healthy,” he added.

The other ladies in his life, including mom Kris Jenner and sister Kim Kardashian, were overjoyed at the news, tweeting out their support as the show aired.