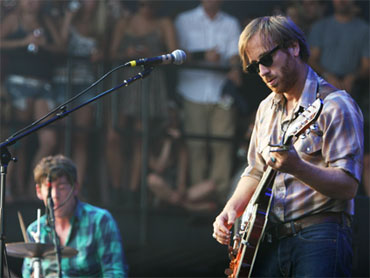 The Black Keys have hit the right note with the mtvU Woodie Awards.

The Keys are the only act nominated for two awards for the college network's awards show. They are up for Woodie of the Year, which goes to the top artist. Their competition includes B.o.B and Arcade Fire. B.o.B called the nomination "an honor and a pleasure."

They also are up for best video for "Tighten Up." Others nominated in that category include Duck Sauce for "Barbra Streisand" and Vampire Weekend for "Giving Up the Gun."

The Woodies will be held March 16 from the South by Southwest music festival in Austin, Texas. They will be aired live on mtvU as well as MTV and MTV2.