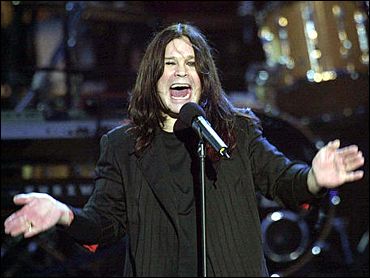 Black Sabbath will reunite for Ozzfest, which begins July 10 in Hartford, Conn., according to the Ozzfest Web site.

"Since the April 27 release of the CD/DVD `Black Box: The Complete Original Black Sabbath (1970-1978),' there's been enormous public demand for a Black Sabbath tour," said a posting on the Web site.

Ward said it's not his fault that he won't be joining the band on Ozzfest this year.

He writes on his Web site he received a proposal last week "where the only answer was yes or no," with no room for negotiation.

He answered the proposal by saying he was sad to have to decline.