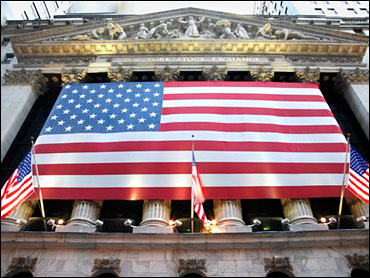 So, who should go to jail?

John McCain insists that the financial crisis is the direct result of Wall Street's "unbridled corruption and greed." Sarah Palin says likewise. Senator Obama, for the most part, has merely echoed what Treasury Secretary Henry Paulson has already said. Obama has an excuse though: He hasn't finished conducting his seminar on what's going on; he'll get back to us after a rousing multivariate analysis of the value of "decisiveness." Joe Biden says the Wall Street crisis is the result of George W. Bush's tax cuts, which makes as much sense as blaming the rising price of fairy dust. But as a wise man once asked, Who gives a rat's patoot what Joe Biden thinks?

So, I ask again: Who should go to jail? And the answer, as far as I can tell, is: no one - at least no one on Wall Street. That may turn out to be wrong. But even if there's a bad penny or two in the pile, nobody will say this CEO or that banker is responsible for the mess. And so far, despite a flood of coverage and speeches and finger-pointing, nobody's aimed their bony finger of condemnation at any Wall Street fat cat who did anything criminal.

Criminal stupidity is another issue entirely. But the beautiful thing about our economic system is that bad decisions are punished in the marketplace.

The starting line for the parade of falling dominoes doesn't begin on Wall Street. Nor, alas, will the parade end there. But if you want to know where it really begins, look to the Capitol steps.

The self-proclaimed angels in Washington will tell you they've been working tirelessly to expand the American dream of homeownership by making mortgages available to people unable to plunk down 20 percent on a house. Franklin Raines, the Clinton-appointed former head of Fannie Mae from 1998 to 2004, made it his top priority to make mortgages easier to get for people with poor credit, few assets and little money for a down payment.

The fine print to this noble intent was an ill-conceived loosening of standards. For instance, the Clinton administration reinterpreted the Jimmy Carter-era Community Reinvestment Act to politicize lending practices. Under the CRA, the government forced banks to prove they weren't "redlining" - i.e., discriminating against minorities - by approving loans to minorities and various left-wing "community group" shakedown artists whether they were bad risks or not. (A young Barack Obama got his start with exactly these sorts of groups.) Sen. Phil Gramm called it a vast extortion scheme against America's banks. Still, the banks were perfectly happy to pass the risky loans to Raines' Fannie Mae, which was happy to buy them up

That's because Raines was transforming Fannie Mae from a boring but stable financial institution dedicated to making homes more affordable into a risky venture that abused its special status as a "Government Sponsored Enterprise" (GSE) for Raines' personal profit. Fannie bought the bad loans and bundled them together with good ones. Wall Street was glad to buy up these mortgage securities because Fannie Mae was deemed a government-insured behemoth "too big to fail." And others followed Fannie's lead.

The current financial crisis stems in large part from the fact that people who shouldn't have been buying a home, or who bought more home than they could afford, now can't pay their bills. Their bad mortgages are mixed up with the good mortgages. And thanks in part to new accounting rules set up after Enron, the bad mortgages have contaminated the whole pile, reducing the value of even stable mortgages.

Of course, there are other important factors at work here, having to do with changing technology among other things. And even if the bad mortgages weren't in the system, we'd still have the hangover from the end of the housing boom. But the financial system could have handled that with the usual corrections. The biggest dose of poison entered the financial bloodstream through Washington. And some people warned us. In 2005, Fannie Mae revealed it overstated earnings by $10.6 billion and that it didn't really know what was going on. The Bush administration pushed for reforms, but those efforts were rebuffed by Congress, with Democrats Barney Frank and Christopher Dodd taking point, because Fannie and Freddie have spent millions in campaign contributions.

In 2005, McCain sponsored legislation to thwart what he later called "the enormous risk that Fannie Mae and Freddie Mac pose to the housing market, the overall financial system and the economy as a whole."

Obama, the Senate's second-greatest recipient of donations from Fannie and Freddie after Dodd, did nothing.

Meanwhile, Raines, the head of a government-supported institution, made $52 million of his $90 million compensation package thanks in part to fraudulent earnings statements.

But, ah yes, the greedy criminals responsible for this mess must be somewhere on Wall Street.
By Jonah Goldberg
Reprinted with permission from National Review Online