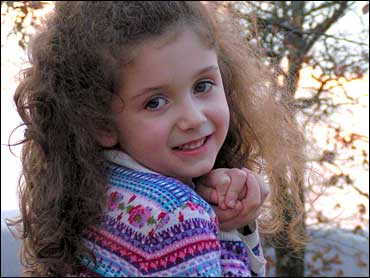 Burris was called for pass interference three times Sunday. The first two set up touchdowns by the Patriots, and the third was declined when the pass from Drew Bledsoe went for a 63-yard touchdown to rookie Tony Simmons in a 21-16 victory.

"Tony stepped up and had a great game for us," Bledsoe said of the second-round draft pick out of Wisconsin. "He has the speed and can run with the best of them."

New England (5-3) needed only one play after an Indianapolis punt early in the fourth quarter to clinch it. Burris tried to break up the long pass, but Simmons held on, broke free at the Colts 20 and ran in for his first career touchdown.

"I wasn't concerned about the call at all. I didn't grab him," Simmons said of the contact with Burris. "When I saw the flag, I knew I didn't shove him."

The Colts (1-7) had a season-high 30 completions by rookie Peyton Manning, including touchdown passes of 4 yards to Lamont Warren in the first quarter and 15 yards to Marcus Pollard with 3:40 left in the final period. But the last two Indianapolis drives ended with interceptions by Lawyer Milloy, Manning's NFL-high 15th and 16th.

"It's really frustrating, because we really focused on this game and came in expecting to win this game," Manning said. "We certainly played better against them the second time around (after a 29-6 loss at New England in September), which shows we have made progress. But we still have to make more plays."

New England's first score, on the Patriots' second possession, was helped by Burris' penalty, giving them the ball at the Indianapolis 10. Robert Edwards, the NFL's top rookie rusher, picked up 8 yards on the next play and Bledsoe passed the final 2 yards to Ben Coates.

Manning, who was 30-for-52 for 278 yards, hit all six of his passes on the next series, taking the Colts to the New England 12. Warren ran to the 4, then caught a pass for his first career touchdown reception.

The Patriots moved 81 yards on the next series. Passes of 24 and 12 yards to Simmons helped New England to the Colts 12, then Burris was called for interference on Simmons in the end zone, putting the ball at the 1. Edwards ran twice for no gain, then scored his seventh touchdown rushing to put New England back on top.

The Colts closed to 14-10 on a 49-yard field goal by Mike Vanderjagt as the first half ended.

New England threatened in the third quarter as Bledsoe completed six passes to Coates, who finished with 10 catches for 109 yards, his first 100-yard game since he had 135 yards against Miami two years ago. The Patriots got to the Indianapolis 7 before an interception by Robert Blackmon.

"We would have liked to knock them out when we had our chances. That's where I'm disappointed," Patriots coach Pete Carroll said. "Ben Coates carried the load. He was open all day long. As the game went on, he found a way to get open."

"We've got to play pass defense without making penalties," Colts coach Jim Mora said. "I don't want them to lose their aggressiveness, but we have to be in a position where we don't have to interefere to makthe play. ... So, yes, that's a concern."