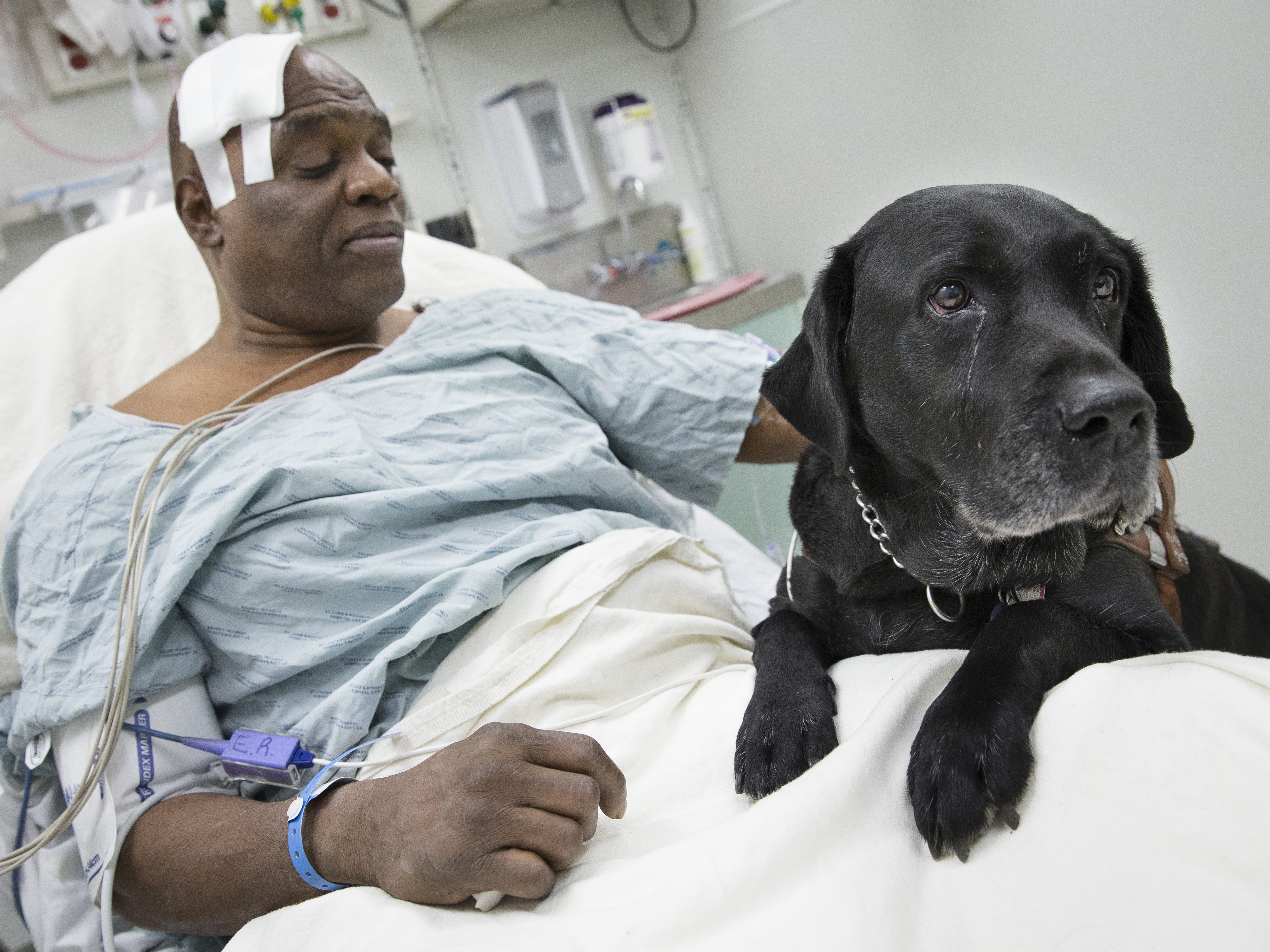 NEW YORK - A blind man and his guide dog were struck by a subway train in Manhattan on Tuesday after the man lost consciousness and they tumbled on to the tracks, but both escaped without serious injury.

Cecil Williams, 61, told The Associated Press from his hospital bed that he was on his way to the dentist during the morning rush hour when he felt faint on the 125th Street platform. His guide dog, a black Labrador named Orlando, is trained to protect him from going over the edge.

"He tried to hold me up," Williams said.

Witnesses said the dog was barking frantically and tried to stop Williams from falling, but they both fell to the tracks when Williams fainted.

The train's motorman slowed the subway cars while witnesses called for help. Williams and Orlando were struck, but not badly hurt.

"The dog saved my life," Williams said, his voice breaking at times. He also was astonished by the help from emergency crews and bystanders on the platform.

As Williams regained consciousness, he heard someone telling him to be still. Emergency workers put him on a stretcher and pulled him from the subway, and made sure the dog was not badly injured.

"I'm feeling amazed," Williams said. "I feel that God, the powers that be, have something in store from me. They didn't take me away this time. I'm here for a reason."

Williams was taken to a hospital where he is expected to recover, with Orlando at his bedside. Williams, a large bandage on his head, said he is not sure why he lost consciousness, but he is on insulin and other medications.

Orlando, who Williams described as serious but laid-back, was at the hospital making new friends. He will be rewarded with some type of special treat, Williams said, along with plenty of affection and scratches behind the ears.

"(He) gets me around and saves my life on a daily basis," Williams said.

Williams, of Brooklyn, has been blind since 1995, and Orlando is his second dog. The lab will be 11 on Jan. 5, and will be retiring soon, Williams said. His health insurance will not cover the cost of a non-working dog, so he will be looking for a good home for him.

If he had the money, Williams said, "I would definitely keep him."