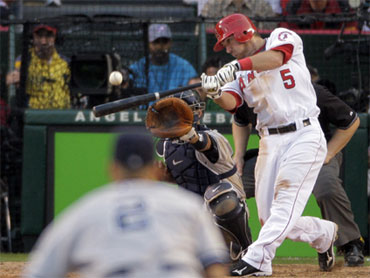 The commission, which hasn't been established yet, would likely be based in the Swedish capital, Stockholm. Blix, who retired June 30 from the United Nations, was asked to lead the group, Lindh said.

"It is very gratifying that Blix has accepted the presidency. He has unique experiences and knowledge," she said. "We must do everything to counter the threats of weapons of mass destruction."

Lindh said the aim of the commission, which will be financed by Sweden, is to provide new ways of fostering international cooperation for the disarming of weapons of mass destruction and to stem proliferation.

The commission is expected to set up this fall and will issue its first recommendations sometime in 2005.

Lindh didn't reveal any more details about the commission.

"The more detailed shaping of the commission will be up to Blix, who will also decide on its name," Foreign Ministry spokesman Goesta Grassman told The Associated Press.

Just before he retired, Blix criticized the United States for insisting so vehemently that Iraq has weapons of mass destruction and not producing the evidence.

The failure of U.S.-led teams to find illegal weapons after more than two months of searching and visits to over 230 suspected sites has become a major issue. Saddam Hussein's possession of banned weapons was a main justification the United States and Britain used for invading Iraq.