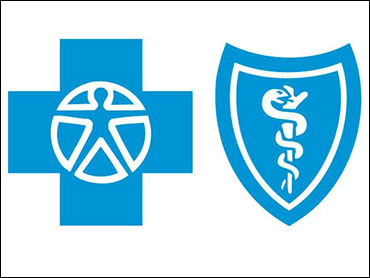 The Blue Cross and Blue Shield Association wants to launch a bank that will administer its consumer-directed health plans, a responsibility currently shared by third-party financial institutions.

The association announced Monday that its board of directors has approved development of the Blue Healthcare Bank. The aim is to simplify the administration of health savings accounts and other similar plans offered by Blue Cross insurers throughout the United States, said Scott Serota, president and chief executive officer of the association.

The bank, which would be based in Salt Lake City, would give those enrolled in Blue Cross plans a familiar, centralized financial institution to monitor and access their accounts, Serota said. Creation of the bank is subject to regulatory approval.

"By being closely aligned and integrated with your benefits, we will be able to ensure that your account is paid properly and that your deductible will be applied correctly," he added.

Health savings accounts (HSAs) can be set up by consumers who have high-deductible insurance plans. Both workers and their employers can deposit money into the accounts, which grow tax free and can be used to pay for medical expenses. Unspent money in the account accumulates and can be invested through the HSAs administrator.

Currently, the HSAs offered by Blue Cross insurers are handled by third-party banks.

Serota said the banking industry should not be concerned about encroachment because the Blue Healthcare Bank would only offer financial services related to the management of the health plans.

"You're not going to be able to have checking accounts," he said. "There is plenty of room for us to work in concert, instead of in competition, with those banks."

Officials at the American Bankers Association, a Washington, D.C.-based industry group, could not immediately be reached for comment.

The move into the financial services arena could prove to be a lucrative one for Blue Cross.

By 2010, HSA accounts could be holding as much as $75 billion in assets, according to a report by DiamondCluster International Inc., a management consulting firm. As a result, financial institutions could stand to collect up to $3.5 billion from asset management and account fees, according to the report.

"For those of us in health policy circles, that was viewed as a savvy, way ahead of the curve move," said Alwyn Cassil, a spokeswoman for the Washington-based Center for Studying Health System Change.

Cassil said consumers have been slow to embrace HSAs, but this is expected to change as more companies look for alternatives to rising health care costs.

About one million people have enrolled in HSAs and other similar plans since 2003, and roughly 40 percent of them are with Blue Cross insurers, said association spokesman Chris Hamrick. Blue Cross hopes to have the bank up and running by the summer of 2006, he added.

"There is money to be made in the administration of these accounts," Cassil said. "And if you want to create a bank, that tells me you want to make the money yourself rather than handing it off to someone else."