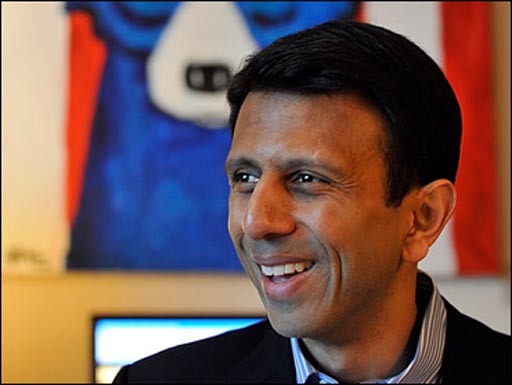 Louisiana Gov. Bobby Jindal thinks the nation would be better off if Congress were a part-time institution.

"We used to pay farmers not to grow crops, let's make congressman stay out of Washington, D.C.," the Republican governor said in an interview with the conservative magazine Human Events. "Mark Twain said that, 'Our liberty, our wallets are safest when the legislature's not in session.'"

Jindal, who is seen as a potential presidential contender (though he says he is not running), put forward the idea in his new book, "Leadership and Crisis." He says serving in Congress used to be a part-time job.

"Make them part time. Give them term limits. Don't let them become lobbyists," he told Human Events. "When they have to live under the same rules and laws they passed for the rest of us, maybe you'd see some more common sense coming out of Washington, D.C. Instead, you got a permanent governing political class."

Jindal also suggested other ways to revamp Congress, such as adopting a Constitutional amendment to keep the federal budget balanced. Jindal told Human Events that Republicans in the Senate could pressure some moderate Democrats up for re-election in 2012 (such as Jim Webb of Virginia or Ben Nelson of Nebraska) to support the idea.

"Let's see where they stand on this," he said.

Republicans, Jindal continued, must show they're trying to deliver their promises.

"If they don't show theyr'e serious about shrinking the size of government, voters will go somewhere else," he said.