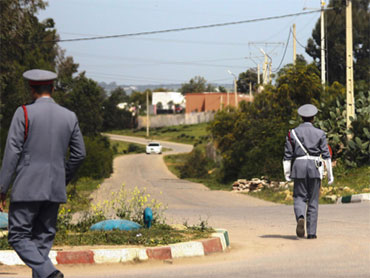 Moroccan authorities recovered the body of the director of the world's largest sovereign wealth fund Tuesday, five days after a glider he was riding in plunged into a lake in the North African kingdom.

Sheik Ahmed bin Zayed Al Nahyan, whose glider crashed into a lake south of the Moroccan capital, Rabat, on Friday, was managing director of the Abu Dhabi Investment Authority. He was also a younger brother of the president of the United Arab Emirates.

The 38-year-old Sheik Ahmed was ranked 27th on Forbes' list of the world's most powerful people in 2009. Analysts believe the Abu Dhabi fund he led is the world's largest sovereign wealth fund, with estimates of its size ranging from less than $400 billion to $875 billion and beyond.

The search for his body involved more than 100 divers from Morocco, the Emirates, France, Spain and the United States. Two royal Moroccan helicopters, night vision equipment and a medical helicopter were also used, according to Morocco's state news agency.

The Abu Dhabi fund's investments include a $7.5 billion cash injection into Citigroup Inc. in 2007. Stocks and other equities in the developed world make up the largest class of the fund's assets, ranging from 35 to 45 percent of its holdings.

The fund has not commented publicly on the death. A person close to the Abu Dhabi government told The Associated Press on Tuesday that an announcement on the fund's plans is expected in the coming days.

"A succession plan has been formulated and is in motion," said the person, who spoke on condition of anonymity because he was not authorized to comment publicly.

The fund's board is dominated by Sheik Khalifa's half brothers. One of the president's close relatives is expected to succeed Sheik Ahmed in the influential position. Sheik Ahmed was considered one of Sheik Khalifa's closest allies in Abu Dhabi's ruling Al Nahyan dynasty. Although he kept a low profile, he had emerged as a public face of the investment fund in recent years.

"He was a quiet and a cautious individual, an ideal person for such a powerful position," said Christopher Davidson, a professor at the University of Durham who has written extensively about the UAE.

Until recently, the fund has revealed little about its holdings and has never disclosed its size.

Earlier this month, the fund broke with its customary privacy and released its first annual statement detailing the investment strategy. The report carried a rare letter from the now deceased managing director in which he warned that "considerable uncertainty remains" for the global economy in 2010.

Between 35 and 50 percent of the Abu Dhabi fund's investments are typically in North America, and another 25 to 35 percent are in Europe.

The fund is believed to have lost considerable value during the market downturn before bouncing back somewhat over the past year.

The cause of the glider crash is not known. The pilot was rescued in good condition.

Sheik Ahmed was also known for his charitable activities and served as board chairman of the influential Zayed Foundation for Charitable and Humanitarian Works.

Sheik Ahmed's family has numerous properties around Morocco. The lake where Sheik Ahmed's glider crashed was near Oum Azza, a farming village that he had visited regularly in recent years, the Emirates' news agency reported.