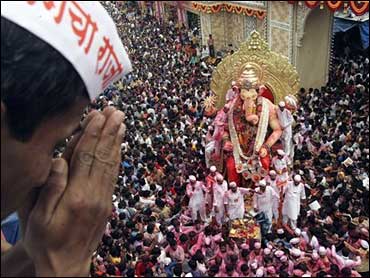 Indian police found six crude bombs near a train station in Mumbai, the city where 187 people were killed more than a year ago in a series of bombings on a commuter rail network, officials said Wednesday.

There has been no word of any explosions, or, any injuries.

There were no indications that the bombs found late Tuesday were as sophisticated as those that wreaked havoc in Mumbai, India's financial and entertainment capital, in July 2007.

The CNN-IBN television news station reported that they were crude devices and were found in Andheri, a neighborhood in northern Mumbai.

No one claimed responsibility for planting the bombs even as police and security forces were on high alert in Mumbai, India's financial and entertainment capital.