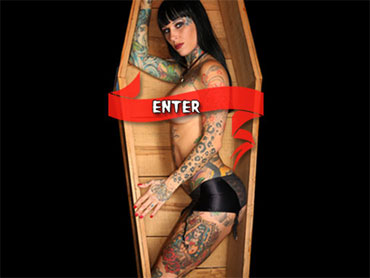 It appears Oscar-winner Sandra Bullock is going from "The Blind Side" to "The Break Up."

People magazine says she's moving out on her husband, Jesse James, who's apologizing for causing the whole marital mess.

Michelle "Bombshell" McGee told In Touch Weekly magazine she had a hot affair with James.

"She said the relationship went on for 11 months with them communicating but for five weeks, it was intimate," In Touch Senior Editor Kim Serafin told CBS News.

But some are wondering about why McGee waited until just after Bullock won the Best Actress Oscar, for "The Blind Side," to make the claim.

McGee says she met James after e-mailing him hoping to land an appearance on his TV show "Monster Garage." She showed In Touch suggestive texts sent between the two.

James is said to have still been e-mailing McGee five days ago, a week after Bullock won her Academy Award. McGee claims they had sex the first time they met, and the relationship continued while Bullock was off shooting "The Blind Side" in Atlanta.

Danielle Madrano was McGee's boss when the supposed affair began. "I was like, 'He's married!!' And she said, 'Oh, their marriage is just a sham, but him and I have been dating for a little while.' … Sexual tension worked up, I'll be blunt about that, very much, that she wanted to go see him, and be with him physically."

"It doesn't appear she knew about any of this Oscar night," Serafin says.

On "The Early Show" Friday, People Senior Editor Kate Coyne said no one is sure why McGee came forward with her claims when she did. Could she have been waiting for Bullock to perhaps win that Oscar?

"It's hard to say what the timing of this was motivated by," Coyne told substitute co-anchor Erica Hill, "Her story indicates that this (the sex) happened months and months and months ago. So, it's a very good question, 'Why now?' I mean, you hope this wasn't something that was sat on until Sandra was at her highest moment and it was designed therefore to bring her down when she was at her happiest. I mean, you'd like to be a little less cynical than that. But it's interesting that this coincided with what should the happiest time of her (Bullock's) life."

Hill remarked, "You'd like to be less cynical but oftentimes, as we know, there is money that changes hands and sometimes, perhaps, people do wait."

Coyne says there was "absolutely no" sign Bullock knew what was apparently going on, adding, "That's really what's kind of the most heartbreaking is that, you watch the clips now of her Oscar speech, of her Golden Globe speech, of the many speeches she gave praising her husband, talking about how he's always had her back, and it's really heartbreaking, because it's pretty clear she had no idea that there was any inkling of this."

James is now saying he's sorry to Bullock and his three children - though, CBS News Correspondent Ben Tracy points out, not quite fessing up to the fling. "The vast majority of the allegations reported are untrue and unfounded. Beyond that, I will not dignify these private matters with any further public comment," he said in the statement provided to People.

"It's because of my poor judgment that I deserve everything bad that is coming my way. This has caused my wife and kids pain and embarrassment beyond comprehension and I am extremely saddened to have brought this on them. I am truly very sorry for the grief I have caused them. I hope one day they can find it in their hearts to forgive me."