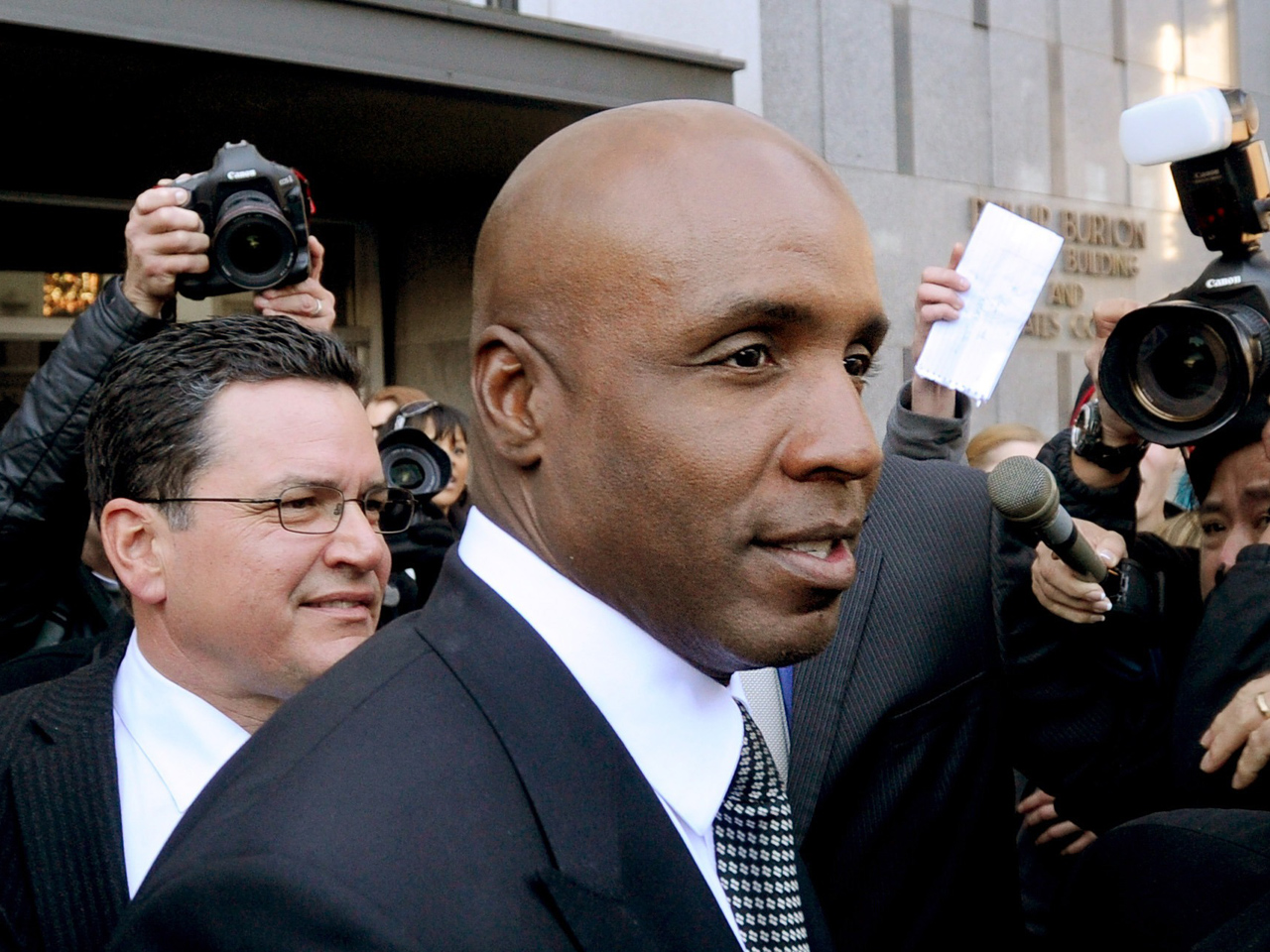 Bonds' lawyers filed a 60-page legal brief on Thursday with the 9th U.S. Circuit Court of Appeals arguing his conviction was based on a rambling and irrelevant — but truthful — answer to a grand jury question about whether his trainer ever provided him with an injectable substance.

Bonds, Major League Baseball's career home runs leader, replied that he was a "celebrity child" rather than answering the question directly. Bonds' father was Bobby Bonds, a 13-year major league veteran and three-time All Star.

A jury decided after a roughly three-week trial last year that the answer represented an obstruction of justice. The jury deadlocked on three other charges alleging Bonds lied to a grand jury when he denied knowing taking performance-enhancing drugs. Prosecutors dismissed those counts, brining an anticlimactic end to their eight-year pursuit of Bonds.

On Thursday, Bonds' attorneys stressed that federal investigators whiffed on proving the heart of their case against the slugger, which was that he lied when he denied in 2003 grand jury testimony that he took performance-enhancing drugs to boost his career. Federal prosecutors revised their indictment several times and delayed trial for a year while appealing an important evidentiary decision to the 9th Circuit.

"This case arose out of the federal government's efforts to combat steroid use in sports," Bonds appellate attorney Dennis Riordan wrote. "That crusade, while admirable in its underlying purpose, has been pursued with an intensity at times bordering on zealotry."

Riordan also argued that Bonds answered the question earlier in his grand jury appearance when he said that only his doctor injected him with anything.

"Any competent English speaker would understand Mr. Bonds's initial statement as answering the question in the negative," Riordan wrote. "Mr. Bonds was no more guilty of obstruction than he would have been if, having answered one prosecutorial question, he chatted with grand jurors about the weather while the prosecutor was formulating his next one."

Riordan further argued that the prosecutors questioning Bonds before the grand jury had a "legal obligation to clarify unresponsive testimony." Riordan contends the prosecutors should have repeated the question until Bonds answered directly.

Federal prosecutors are expected to file their opposition later this month. The federal appeals court has no deadline to decide the case.

Prosecutors are expected to argue that Bonds' "celebrity child" answer was calculated to evade the steroids question and mislead the grand jury.

Bonds was sentenced to 30 days house arrest and two years of probation. That sentence was suspended pending the appeal.