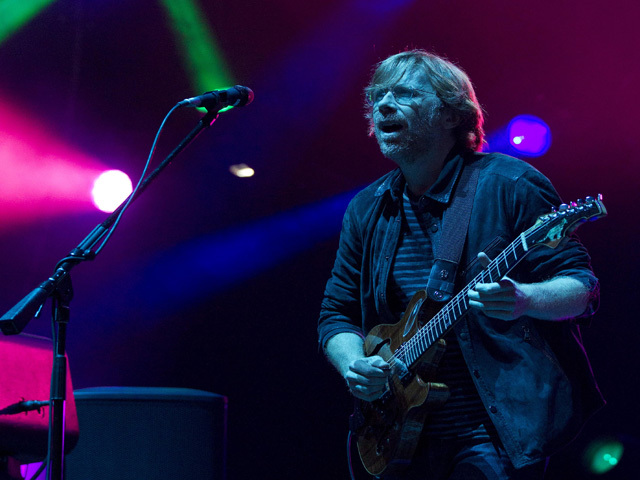 (CBS News) The Bonnaroo Music & Arts Festival wrapped Sunday with a mix of sounds and collaborations, ranging from the soaring harmonies of The Beach Boys to the country grit of Kenny Rogers.

According to Billboard, festival closer Phish played a batch of cover songs, including "Rock & Roll" by Velvet Underground. Rogers joined the band on stage for a cover of his song "The Gambler.

Earlier, Lionel Richie joined Rogers on stage for "Lady" and "All Night Long (All Night)."

Acoustic duo Civil Wars played before a few thousand fans on Sunday. The group's pregnant singer Joy Williams is due in just 10 days.

"It was so fun," Williams told the Associated Press after the show. "And the baby was just kicking like crazy. I think all that noise from the crowd in between the songs, there was no time for napping in the tummy. And the adrenaline, as well. I'm sure kept the baby up. It's bittersweet, as well. I'm kind of emotional about it. I blame the hormones."