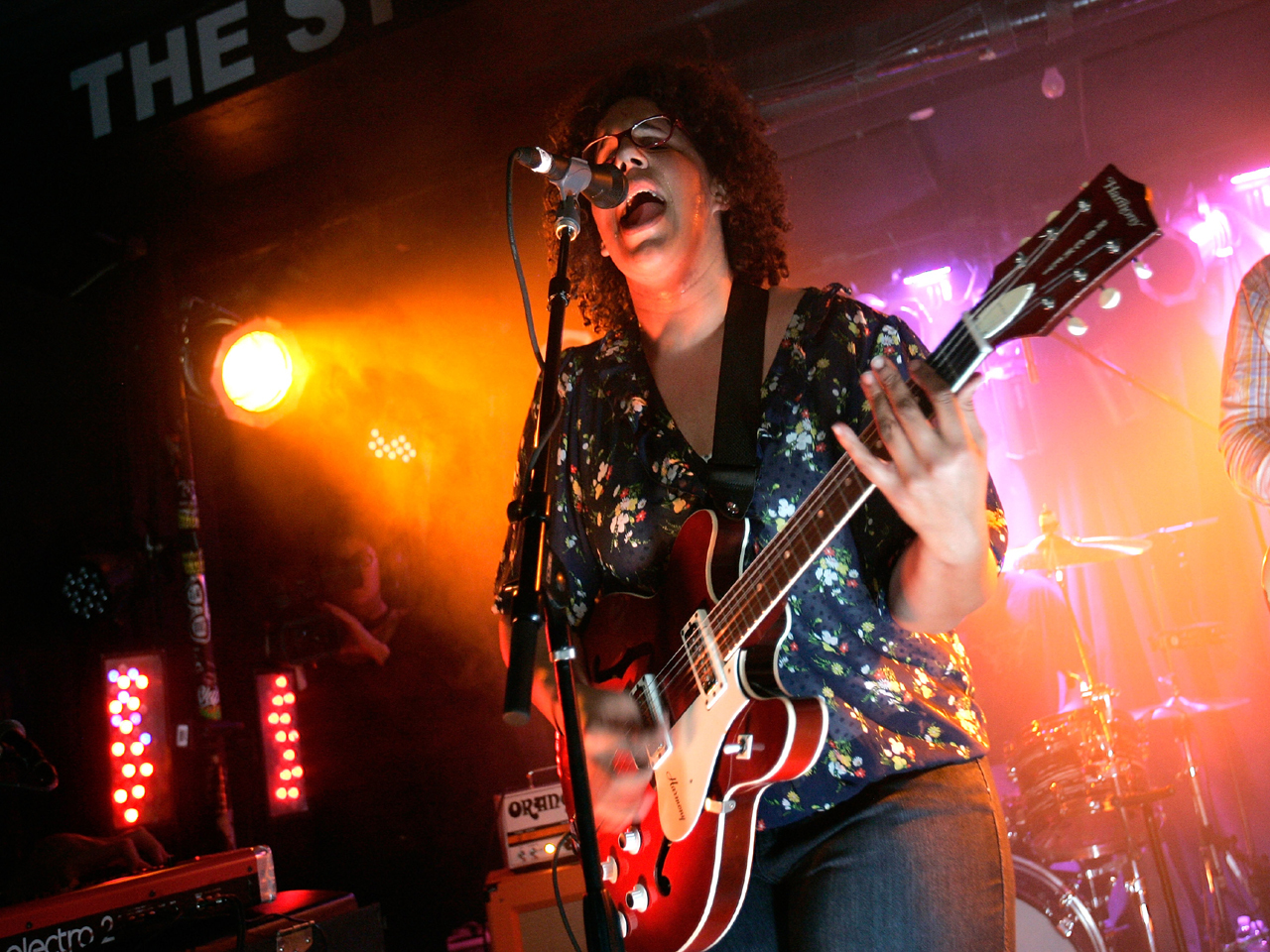 (CBS News) Day one of Bonnaroo Music & Arts Festival got under way Thursday with a few of the festival's most-buzzed about artists.

Day one found garage rock band Alabama Shakes closing out the evening on the biggest stage, "This Tent." The group plowed through its set-list with fan favorites "Hang Loose" and "Hold On."

Rising rapper Kendrick Lamar also attracted crowds. Already named the next big thing by the likes of Dr. Dre and Snoop Dogg, Lamar told the Associated Press why he believes his sound has resonated with fans.

Some 80,000 fans will touch down in Manchester, Tenn., this weekend for the 11th annual festival, which features 150-plus acts across several stages.

In 2011, crowds braved very hot temperatures and heaps of dust at the four-day music festival. This year is already shaping up to be a little more comfortable weather-wise on the 700-acre farm, with temperatures in the low to mid 80s.

Not making it to Bonnaroo this year? You can still catch some of the action on the Bonnaroo live webcam, which can be found here.

Take a listen to Alabama Shakes below: