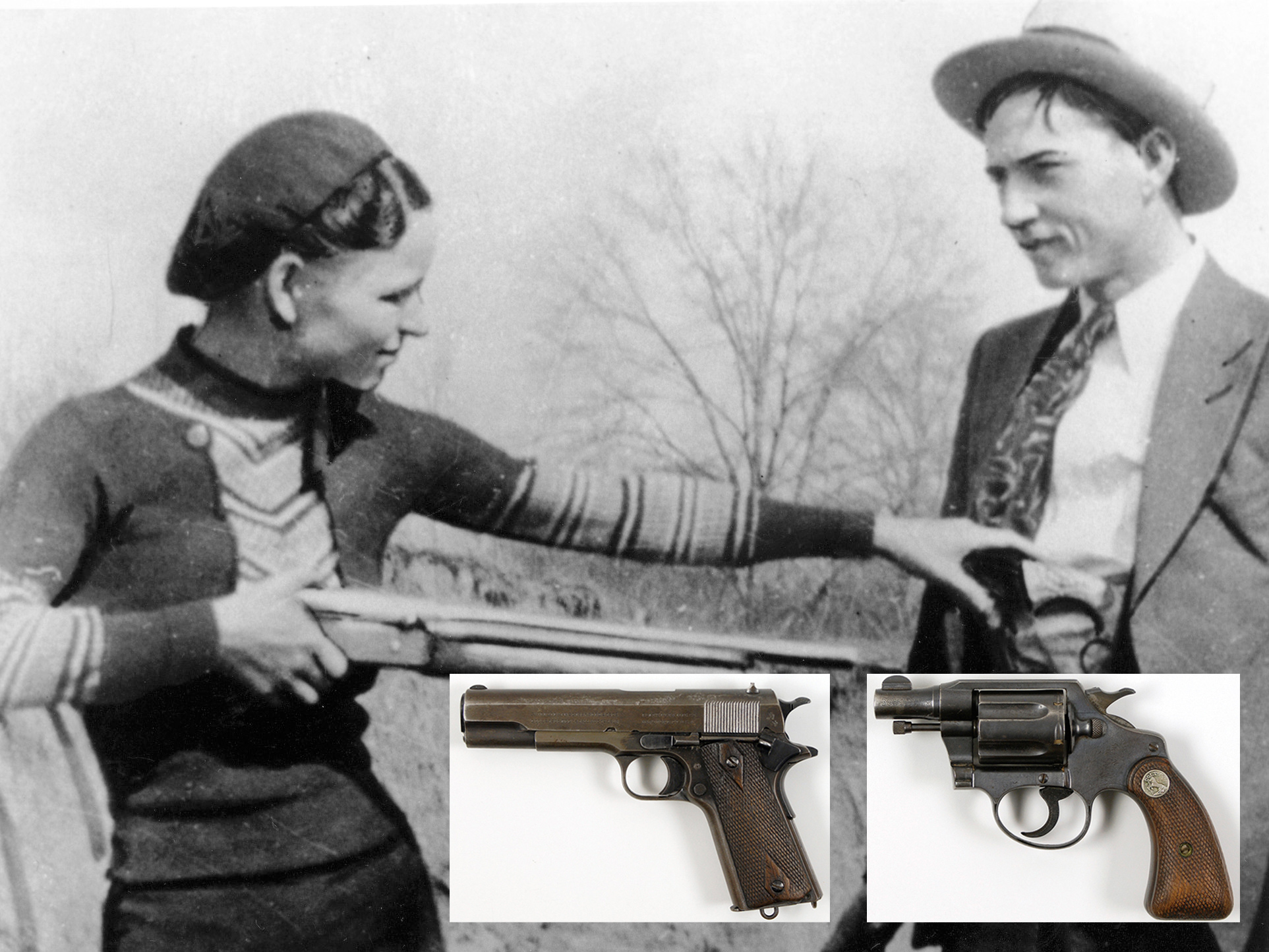 (CBS/AP) - Two guns belonging to American outlaws Bonnie Parker and Clyde Barrow will be up for auction in September, nearly 80 years after their deaths.

Pictures: Guns of outlaws Bonnie and Clyde to be auctioned

The weapons, a Colt .38-caliber revolver and a Colt .45-caliber pistol, along with other items connected to the infamous gangsters will be going up for auction in New Hampshire on Sept. 30. An auction official estimated Thursday that each Bonnie and Clyde weapon could bring between $100,000 and $200,000.

"They were pretty famous in their moment and I think that's lasted through time," said Bobby Livingston, vice president of RR Auction in Amherst, N.H.

Besides the guns, other items Livingston's company will auction include a gold pocket watch Clyde was wearing when he died, and a cosmetics case Bonnie was using to carry lipstick, Coty face powder and a powder puff. The brown leatherette box was inside the Ford automobile the gangsters were riding in when a posse of lawmen riddled it with bullets on a Louisiana road.

Also in the auction is a letter that Clyde wrote to his brother L.C. Barrow on the back of a photo showing a house on a platform surrounded by water. He signed it "bud," his code name when he was on the run.

FBI files say Bonnie and Clyde met in Texas in 1930 and were believed to have committed 13 murders and several robberies and burglaries by the time they died. Law enforcement officials were among their victims. The duo became infamous as they traveled across America's Midwest and South, holding up banks and stores with other gang members.

Texas Ranger Frank Hamer led the posse of six lawmen who carried out the ambush, and auction officials said authorities gifted him the guns, found on the lovers' bodies, as part of his compensation for the operation.

Auction officials said all the Bonnie and Clyde items are coming from the estate of Robert E. Davis. He was a collector from Texas who acquired items Hamer had owned, along with items that came from the estate of Clyde's sister, Marie Barrow.