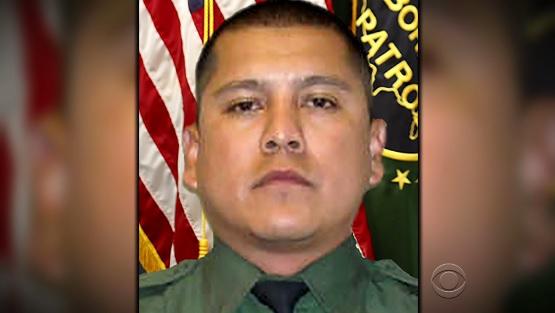 EL PASO, Texas -- A U.S. Border Patrol agent found severely hurt beside a remote West Texas highway along with his injured partner died of "blunt force trauma" to his head caused by an "undetermined manner of death," according to an autopsy report released Tuesday night. The report sheds little new light on how agent Rogelio Martinez was fatally injured. Martinez also had multiple bone fractures when he and the other agent were found Nov. 18 in a culvert beside Interstate 10 near Van Horn, Texas.

Dr. Janice Diaz-Cavalliery, assistant El Paso County medical examiner, found that Martinez had a skull fracture, a fractured eye socket, multiple rib fractures and a broken collarbone, according to the 11-page report. She found brain hemorrhaging but no other internal injuries.

A barbiturate called Butalbital - often found in drugs combined with aspirin, codeine or caffeine - was in Martinez's system, Diaz-Cavalliery found. "Signs noted following its administration include drowsiness, sedation and ataxia," she wrote. Ataxia is an inability to coordinate movements.

Martinez's partner, who had suffered similar injuries, radioed for help while the two were investigating a report of activity on Nov. 18 outside of Van Horn, about 110 miles southeast of El Paso and about 30 miles from the border with Mexico. Martinez died at a hospital a few hours later. His partner has recovered, but investigators say he doesn't remember what happened.

Some elected officials initially called the incident an attack, and FBI officials said they were investigating it as a potential assault. But Culberson County Sheriff Oscar Carrillo, one of the first responders at the scene, has said he thinks a semitrailer may have hit Martinez and his partner accidentally.