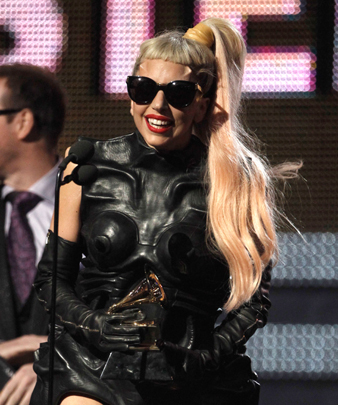 NEW YORK (CBS) After weeks of waiting, the highly anticipated release of Lady Gaga's "Born this Way" music video has hit the web.

The Grammy Award-winning singer announced on Twitter that "After all the whiskey, lipstick, and late nights editing, the Born This Way video is DONE. Will be up to watch Monday 11am Est."

In the video, which can be seen on YouTube, Gaga offers a creation story of good and evil. The 24-year-old New York native, fashioned as "Mother Monster," gives birth to a being of "mythical and magical proportions" but also its evil, machine firing twin.

It all has a very 1970s science fiction feel including kaleidoscopic optical effects.

"Born this way," has already reached number one on the Billboard charts, Gaga's third time at the top of the list.

Her sophomore album, also titled "Born this way" is set to hit stores on May 23rd. Gaga recently confirmed that HBO has taped two of her monster ball shows at Madison Square Garden for a documentary that is slated to air on May 7, 2011.