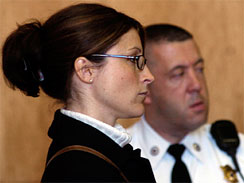 
For much of the Clinton administration's eight years in office the policy mantra on Iraq held that Saddam Hussein was contained and the Iraqi dictator himself was boxed in. The regime was under U.N. sanctions; international weapons inspectors were there, although not at all times, to keep the pressure on; food and medicine went to the Iraqi people through the U.N.-supervised oil-for-food program. In short, Saddam was still in charge but he wasn't an imminent threat to the region.

That policy was dramatically – and forcibly – shifted by the Bush administration, which went to war to oust Saddam. Putting aside for the moment the current debate raging over the evidence the Bush administration used to justify its action, the stated purpose was achieved: Saddam is clearly no longer in power or a threat. However, a number of increasingly messy loose ends are still to be clarified.

As the dust settles from combat operations to postwar reconstruction, the Bush administration is finding it harder and harder to make enough progress to convince the Iraqi people that life is better now without Saddam in power. Basic needs such as electric power and clean water are not something you can count on in Iraq these days, and almost daily guerilla operations continue to be mounted against U.S. and British forces who occupy the country.

Everyone knew reconstruction would be hard, but it's increasingly apparent that it's going to be a lot harder than planners thought or that not enough planning was done to get ready for the job at hand.

The Bush administration would like some help but it's not having an easy time of it. India says it's willing to send in 17,000 troops as peacekeepers but wants a new U.N. mandate before making that commitment. As Washington looks for others to help in the postwar effort, it's hearing much the same refrain.

So it's no surprise Secretary of State Colin Powell says he's been having preliminary conversations with various foreign ministers and with the U.N.'s Kofi Annan on "whether or not it would be appropriate to start discussions about other U.N. resolutions." In other words, if Washington can't get help outside a U.N. umbrella, it's willing at least to talk about going through the U.N. again, if it means it doesn't have to bear the entire burden of reconstruction.

Germany's visiting foreign minister, Joschka Fischer, speaking alongside Powell at the State Department, said, "the responsibility on the ground is in the hands of the coalition (U.S. and Britain). We are not part of the coalition and we are ready to contribute to the humanitarian situation. Our business community is ready to play its role in the reconstruction, if it is warranted and if we know more details about the reconstruction … but our position linked to the question of sending military troops is unchanged." In other words, the Bush administration chose the course that led to a conflict opposed by Germany, and now Washington should not expect German troops to enter Baghdad and replace American troops as targets for the remnants of Saddam's military.

Any German role raises another, larger consideration that is heard among national security analysts in Europe. Germany, under a NATO umbrella, now has its troops in Afghanistan doing dangerous peacekeeping work in Kabul. The concern is that Iraq would be another instance where Washington makes what is perceived by many to be an almost unilateral decision to go to war, proceeds with success in ousting the offending regime (it was the Taliban in Afghanistan), and then turns to the international community to come in and pick up the pieces.

This kind of thinking, along with the need for political cover from politicians in every capital, provides the background music being heard in Washington for an additional U.N. mandate before the Bush administration gets the kind of relief its seeking. It also reinforces a view heard in Europe that America isn't interested in the long haul, that it expects the U.N., NATO or someone else to come in and clean up the mess caused because the world's only superpower decided on a certain course of action.

Of course, the more help the administration asks for, the more it will have to loosen its tight control over the future of Iraq. As daily attacks and mounting casualties continue to be a regular feature of the American occupation, more people could be asking whether it's the Bush administration which is now boxed-in in Baghdad.