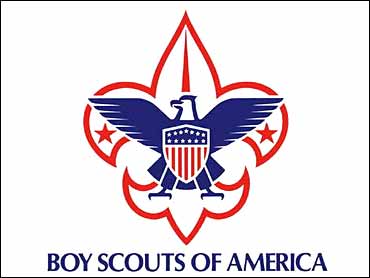 The Boy Scouts of America will require criminal background checks of new adult volunteers beginning next year, it announced Wednesday.

"New volunteers to the Boy Scouts will have to submit for criminal background checks as of this spring," spokesman Gregg Shields said. The checks will be based on new application forms in which the applicant gives permission for the checks to be done, he said. The forms must be filled out by adult volunteers for scouting's varied arms, including Cub Scouts, Boy Scouts and Explorer.

Those who do not get clearance won't be allowed to join, Shields said.

The requirement will take effect April 1, allowing time for the new forms to be distributed and for the policy change to be explained to all of scouting's volunteers, Shields said.

"We have as our highest goal to protect the children involved in Boy Scouting," Shields said. "To date, it's been difficult to do such a background check because all of the data is not in one spot."

Membership will be prohibited if the checks turn up convictions for sex crimes, crimes of violence, or drug offenses.

Findings in the background checks will be divulged only to the chief executive of a regional scouting council, who would tell local-level scouting officials only that an applicant does not meet the standard, Shields said. Those who are rejected will be given the opportunity to review and challenge any adverse information.

The spokesman says the backgrounds of current adult volunteers are not being checked. But he says that might be required in years to come. There are 1.2 million adult volunteers in scouting, but the number of new volunteers varies from year to year, Shields said.

The background checks will supplement existing requirements for youth protection, which are conducted on regional and local levels, Shields said.