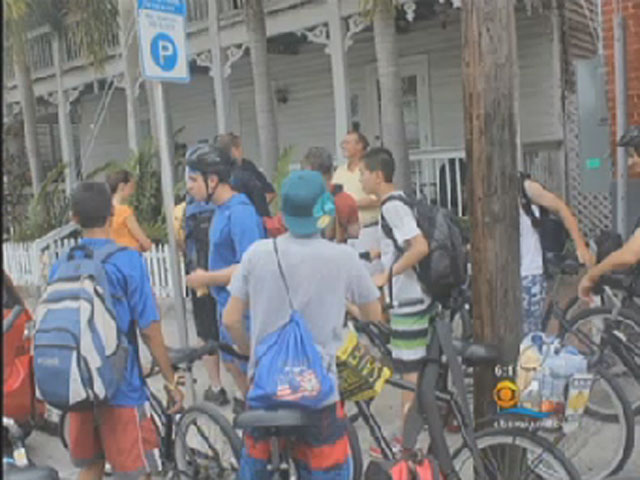 The 17 scouts from troop 850 in Princeton, N.J. were biking in the old town section of Key West last week when a barefoot man ran past them, followed by a second man calling out for help, the station reported.

The second man told witnesses he was a tourist from Brazil, and claimed the first guy to run by had just taken his phone and wallet.

The scout leader called the cops and told his 'troops' to keep the thief in their sights, so the boys chased him on their bikes for several minutes, until he finally ducked behind a store, CBS Miami reported.

The scouts kept their distance, and when the police arrived, they took 38-year-old Jason Norwood into custody, and charged him with larceny and grand theft, charges serious enough to land him in the Monroe County jail without bond.

Police were able to get the tourist's wallet back, but his phone seemed a goner.

Of course, the scouts of troop 850 then fanned out in a search pattern, per their training, found the phone, and returned it.

Just in time for all of us to feel good about celebrating the Fourth of July!