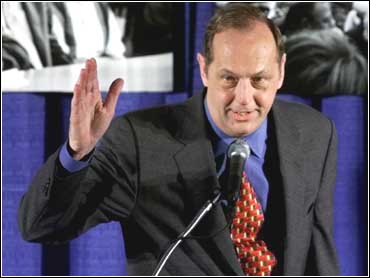 Bill Bradley has been asked if he wants to be chairman of the U.S. Olympic Committee, The New York Times reported today.

USOC chief executive Norm Blake told the newspaper he spoke with Bradley, the former NBA player who dropped out of the presidential race five months ago, last month at the request of the organization’s nominating committee.

"I think he was seriously considering it, and I was very impressed with how he conducted himself," Blake said Wednesday. "He wanted to be sure it wasn’t a figurehead position, and wanted a job where he could make a difference."

Blake said Bradley gave no decision, and that the USOC is waiting for a response to a tentative date for a meeting.

"He is considering a number of options, but he’s not commenting on any specific conversations that he’s having with anyone," Bradley spokeswoman Anita Dunn said.