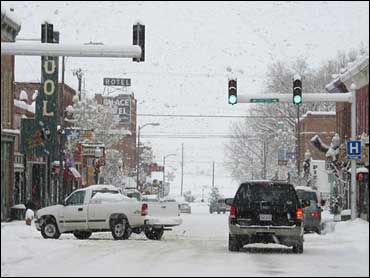 With a possible matchup looming in the postseason, the St. Louis Cardinals picked a good time to show they can beat the Atlanta Braves.

Darryl Kile pitched an eight-hitter and the NL Central-leading Cardinals scored three runs in both the seventh and eighth innings, beating Atlanta 7-2 Sunday for their first series victory at Turner Field since it opened in 1997.

St. Louis took three of four games in Atlanta and won the season series 4-3, the first time that's happened since 1994.

"We're just trying to win the series we're playing and stay in first place," Cardinals manager Tony La Russa said. "But that does add a little icing on the cake."

The Braves' lead in the East dropped to one game over the New York Mets, who beat Arizona 2-1. It's the smallest margin since July 1, when Atlanta also led by a game.

"The Mets have been playing incredible since the All-Star game," said Mike Remlinger, part of a bullpen that was pounded by the Cardinals. "I'm not as concerned with what they're doing as much as what we're doing."

St. Louis, which won its fifth straight series, increased its Central lead to 8 1/2 games over Cincinnati, which was beaten at Florida 7-6.

The Braves, going for their ninth straight division championship, have held at least a share of first place since April 19.

"You have to focus on your own game," said Atlanta starter John Burkett, who gave up just two hits in six innings and left with a 2-1 lead.

The first pitch was delayed 2 hours, 32 minutes by rain, marking the second time in the series that a game was held up more than two hours because of the weather.

Once it started, Burkett was perfect through three innings and gave up his only run on an infield hit.

"I'm more and more impressed with him every time he goes out," Atlanta manager Bobby Cox said.

But the Atlanta relievers were awful. Kerry Ligtenberg (2-3) lost the lead by surrendering three runs in the seventh, including a two-run double by Placido Polanco. The next inning, Remlinger gave up Mike Matheny's two-run single before Polanco followed with another double, driving in his third run of the game.

"We're playing about as bad as we've played all year," Remlinger said. "We have to show the rest of the league we're not slipping."

Kile (15-9) needed only 102 pitches for his fourth complete game of the season. He also became St. Louis' second 15-game winner, a day after Garrett Stephenson got there first.

"They probably missed a couple of pitches they should have hit hard," Kile said. "And the ones they did hit hard were right at somebody."

The Braves jumped ahead 2-0 in the third, thanks to a pair of perfectly placed hits. Walt Weiss doubled to the gap in right-center, the ball dropping between Jim Edmonds and J.D. Drew. Then, Burkett beat out a broken-bat blooper that just cleared the infield dirt before it was fielded by second baseman Fernando Vina.

But Kile escaped twice when the Braves put runners at second and third with one out. In the fifth, Furcal struck out and B.J. Surhoff flied out. In the eight, Chipper Jones lined out to third and pinch-hitter Bobby Bonilla ended Atlanta's last hurrah with a grounder.

Burkett plunked Vina with a pitch leading off the fourth and it wound up costing the Atlanta starter his only run. Vina moved to third with two outs and scored when Craig Paquette barely beat out a slow roller between the mound and third-base line.