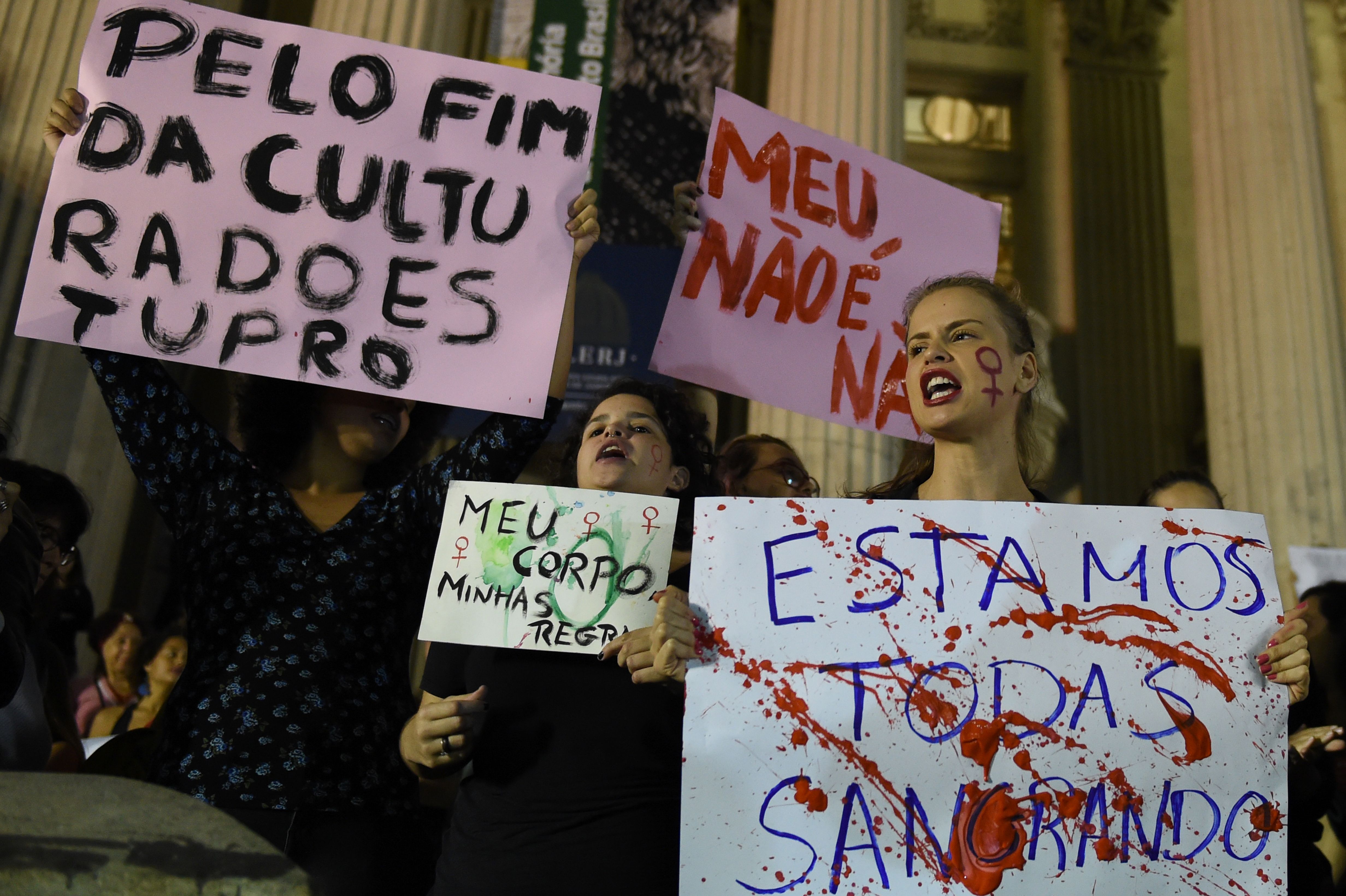 RIO DE JANEIRO -- Police investigating a gang rape possibly involving more than 30 men said Monday that they have no doubt the assault happened but that tests on the 16-year-old victim were done too late to provide conclusive evidence.

The attack has shocked Brazilians and put a spotlight on the endemic problem of violence against women in Latin America's most populous nation.

Two men, including a man investigators have said may have been her boyfriend, have been arrested in connection with the crime and four others sought by police are still on the loose. The men arrested were identified as Rai de Souza, 22, and Lucas Perdomo Duarte Santos, 20.

The alleged attack happened in a slum in western Rio de Janeiro on May 21. It came to light because a video clip and images were shared on Twitter and WhatsApp.

"We did not collect evidence of violence, but this does not mean that there was no violence," said Veloso, who added that authorities did not learn of the incident until the social media posts appeared several days later. "Traces were lost because of time."

Veloso said police believe the gang rape happened because at least three men were involved in the video. However, they were not able to determine how many people participated in total, he said. The girl has testified there were 33 men.

"The footage shows more than one voice, there is an account of the rape performed earlier. One of the men touches the teenager, who looks unconscious. That act alone is rape and it is in the footage. If the footage is true, and it looks to be true, there is no doubt it was rape," Veloso said at a news conference.

Cristiane Bento, police inspector in charge of the case, also said the video published on social media is enough for police to charge as an accessory a drug trafficker who controls the shantytown. Many of Brazil's shantytowns, known as favelas, are controlled by armed drug traffickers.

Many victims of rape "don't say anything because they are afraid of the traffickers," Bento said.

The attack has struck a nerve in Brazil, a conservative, majority Roman Catholic nation of 200 million people.

A study by the Brazilian Center for Latin American Studies found that between 1980 and 2010, more than 92,000 women were killed in crimes related to gender, involving incidents from rape to domestic abuse.

Advocates say changes in the law need to go hand-in-hand with changes in mentality.

"Brazilian culture is very sexist and rape is part of that culture even if as a society we deny it," said Luise Bello at the women's advocacy group Think Olga. "Rape is not rare in Brazil, but what is really shocking is the fact that more than 30 men raped a minor, filmed it and then shared the images on the internet."