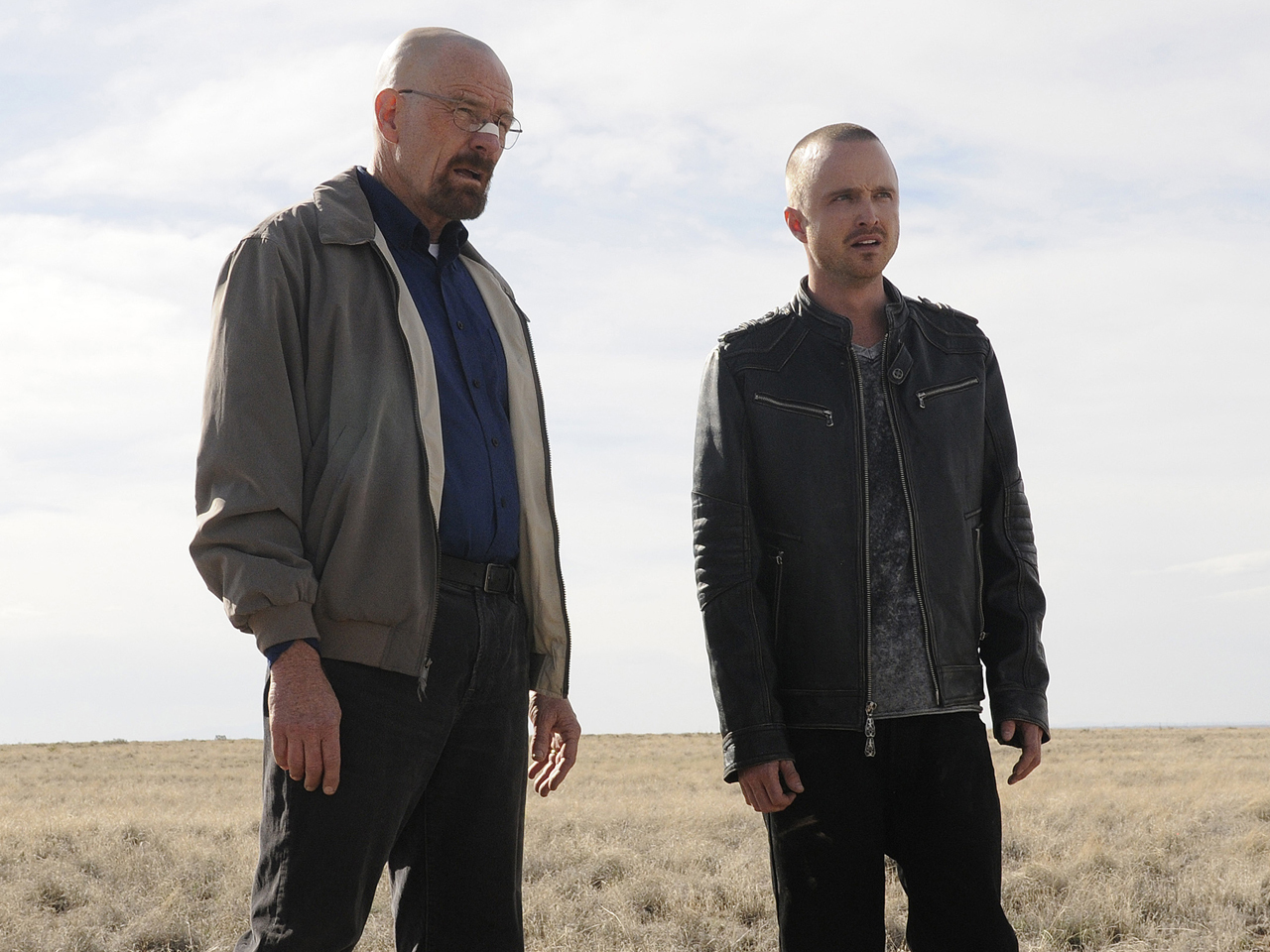 ALBUQUERQUE, N.M. A fast-food burrito chain in Albuquerque has become an international tourist attraction as people come from all over the world to see the spot where a fictional drug trafficker runs his organization. A pastry shop sells doughnuts topped with blue candy designed to resemble crystal meth. A beauty store has a similar product -- crystal blue bathing salts.

As "Breaking Bad" finishes filming its fifth and final season in Albuquerque, the popularity of the show is providing a boost to the economy and creating a dilemma for local tourism officials as they walk the fine line of profiting from a show that centers around drug trafficking, addiction and violence. "Breaking Bad" follows the fictional character Walter White, a high school chemistry teacher turned meth lord.

Other popular shows over the past decade like "Sex and the City" and "The Sopranos" have generated tours and widespread interest in the filming locations, but "Breaking Bad" has seen a unique twist with drug-themed products that have been springing up around Albuquerque.

Albuquerque has seen an unexpected jump in tourists visiting popular sites from the show and local businesses cashing in on its popularity. Tourists are also flocking to sites that before the show were unknown and unimportant: the suburban home of White, played by Bryan Cranston; a car wash that is a front for a money-laundering operation on the series; a rundown motel used frequently for filming; and the real-life burrito joint, which is a fast food chicken restaurant on the show. The Albuquerque Convention & Visitors Bureau has even created a website of the show's most popular places around town to help tourists navigate, and ABQ Trolley Company sold out all its "BaD" tours last year at $60 a ticket.

"They ask if they can take pictures. They ask if Gus is here," said Rachel Johnson, 19, a shift manager at the Twisters burrito restaurant in Albuquerque's South Valley, referring to the show's character Gus Fring, played by actor Giancarlo Esposito. The eatery has served as the location for the "Los Pollos Hermanos" restaurant where Fring runs his drug operation on "Breaking Bad."

Debbie Ball, owner of The Candy Lady store, recently capitalized on the show's popularity by selling blue "Breaking Bad" meth treats -- sugar rock candy that looks like the meth sold on the show. Ball provided her candy as props of the show in the first two seasons and said she has sold 20,000 bags of the stuff at $1 apiece. She also launched her own "Breaking Bad" limo tours this year with a driver dressed as Walter White.

"The show is amazing," said Ball. "I don't live too far from Walter White's house."

Meanwhile, Masks y Mas Mexican folk art store near the University of New Mexico sells papier mache statues of La Santa Muerte -- Mexico's folk Death Saint who counts drug traffickers among her devotees. During the chilling opening scene of the show's third season, a pair of cartel assassins is shown crawling to the saint's shrine in Mexico to request some divine help.

"We provided the Santa Muerte statues for that shrine in that episode," said store owner Kiko Torres. "The stuff now sells out all of the time."

Tania Armenta, a vice president for the Albuquerque Convention & Visitors Bureau, said the city has seen positive benefits from the show's popularity, from demands for tours to inquiries from other production companies seeking to film in Albuquerque. The Legislature also passed what has been labeled the "Breaking Bad" bill this year that provides tax breaks to TV shows that film in New Mexico.

"It's raised the visibility of the city," said Armenta. "They are intrigued by the scenic images that they see."

Still, tourism officials and business owners are quick to point out that they are walking a fine line in trying not to promote the dark themes from "Breaking Bad." But their pride in the show taking place in Albuquerque -- and the money that it brings in -- is often enough to offset their concerns.

Ball said the show doesn't glorify the drug war but rather educates the public on its dangers.

"Watch it with your children. Yes, it's dark," said Ball. "It actually educates you about meth, about making it and what actually happens to you when you walk down that road."

The show's themes prompted Miguel Jaramillo, 28, and Kim Shay, 38, both of Albuquerque, to take their own tour of the "Breaking Bad" sites around town during a recent afternoon.

While at the Crossroads Motel, known on the show as a den for meth use and prostitution, Jaramillo took photos with a smartphone and uploaded them to his Instagram account. In a day's time, the pair had visited more than six sites and planned on seeing more.

"This is part of my geekiness, I guess," said Jaramillo, who recently fell in love with the show before realizing how big of a role Albuquerque played in it. "I'm geeking out today."