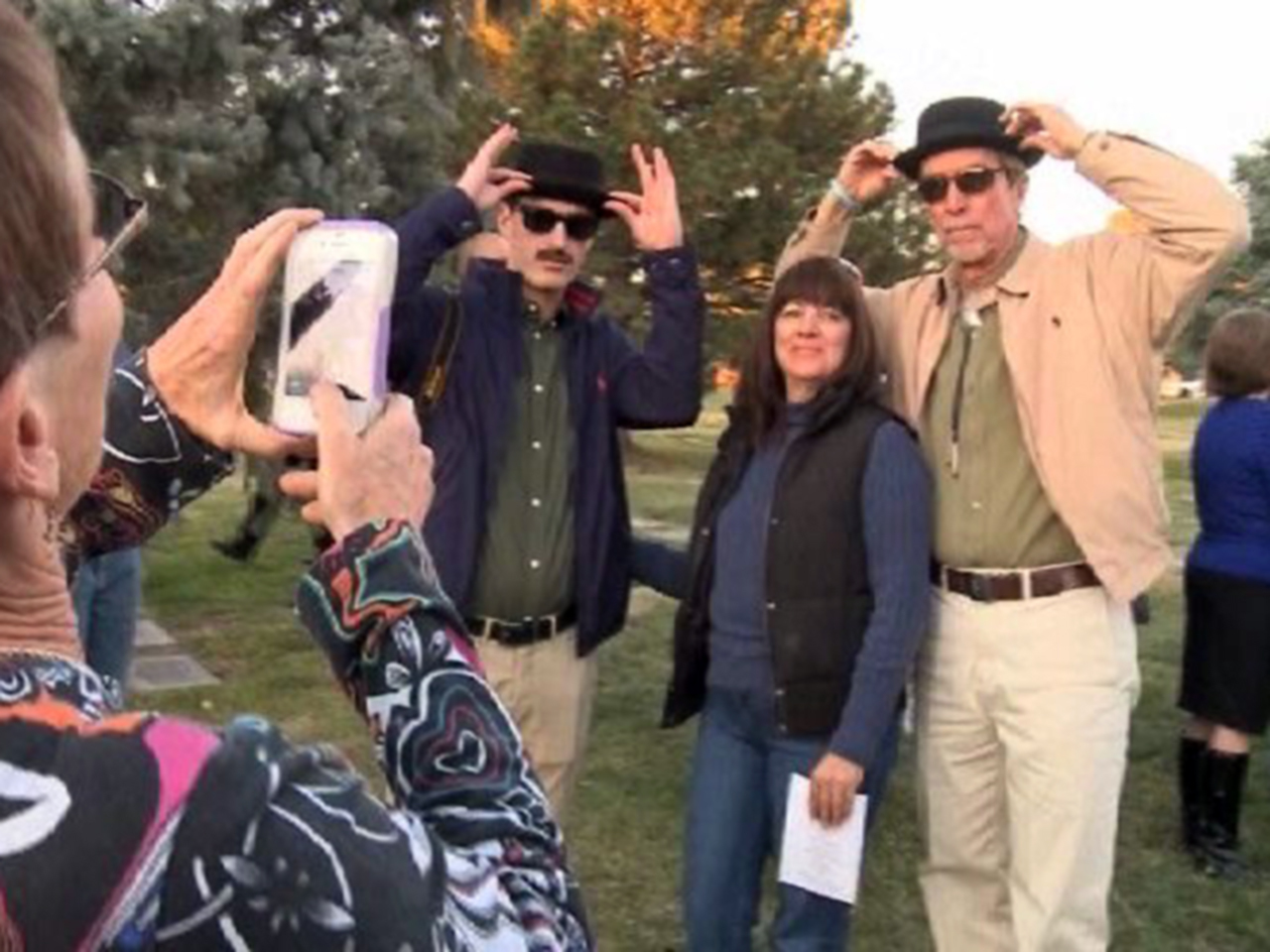 A fictional character has been given a real-life funeral.

Fans of the hit AMC series "Breaking Bad" gathered by the hundreds at a cemetery in Albuquerque, N.M., on Saturday to pay their final respects to Walter White, the show's anti-hero protagonist played by three-time Emmy-winner Bryan Cranston.

Full spoiler warning: White presumably died in the last scene of the series finale, "Felina," which spurred the idea for the fan-held memorial service in Albuquerque -- the show's setting which has seen a sharp increase in tourism because of the popularity of the series, which aired for five seasons from 2008-2013.More than 10 million viewers watched the finale in September, the same month the show was crowned outstanding drama series at the Emmy Awards.

Fans from as far as Boston and Canada turned out for the funeral, which was held as a fundraiser with proceeds going to a local homeless organization.

"I hope this happens every year," said Shirley Macintosh, who came all the way from Alberta, Canada, for the event.

But not everybody at the cemetery was partaking in the festivities.

Relatives of the buried deceased say that it's disrespectful to have a celebration at a graveyard.

Jessica and Adrian Abeyta had a 7-year-old daughter who died several years ago and was buried at the cemetery, near the location of the fake White funeral.

"We're extremely saddened," Jessica Abeyta said. "It almost feels like a slap in the face."

Watch the video above to see "mourners" grieve forWalter White at the cemetery.

Tell us: Do you think the faux funeral is in poor taste?