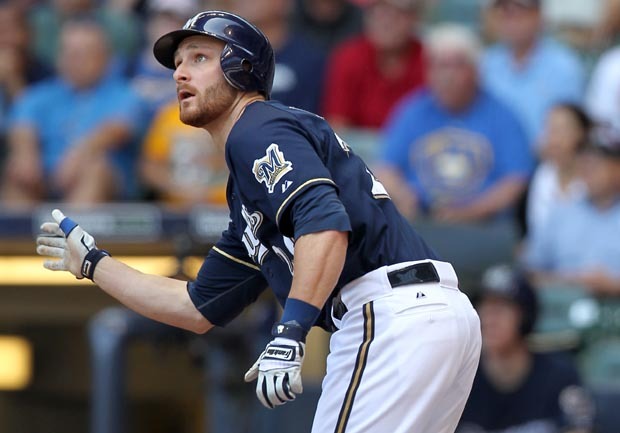 (CBS News) Brewers catcher Jonathan Lucroy will undergo surgery today to put a pin in his broken right hand - but it's his wife who is really feeling the pain.

Lucroy was injured Sunday night when his wife, Sarah, moved a suitcase in their hotel room and it fell on his hand - and now, the catcher says, she is "getting killed" by hateful messages on Facebook.

From SportsRadio 1250 WSSP, via MLB.com:

"It's tough for me, because this is already a freak thing as it is," Lucroy said. "My wife has been getting hate mail on her Facebook, like, messages and stuff. It's really sad that these kinds of things happen from a freak thing. I mean, she didn't do it on purpose. It was an accident. Stranger things have happened.

"It's been a battle for me, personally, because there's no one to blame, and my wife is getting killed by this. It's not like she's not hurt enough already, not feeling guilty enough already. I really wish people would just leave her alone, leave us alone, just let us try to move forward, and get this behind us, because this has been a brutal couple of days."

Before the injury, Lucroy was enjoying the finest offensive season of his career - hitting .345 with 30 RBI in just 43 games.

This is the second time this month that a pro athlete's wife has been the target of online harassment. Two weeks ago, Lakers guard Steve Blake and his wife were deluged with online threats after Blake missed a potential game-winning shot in the playoffs.