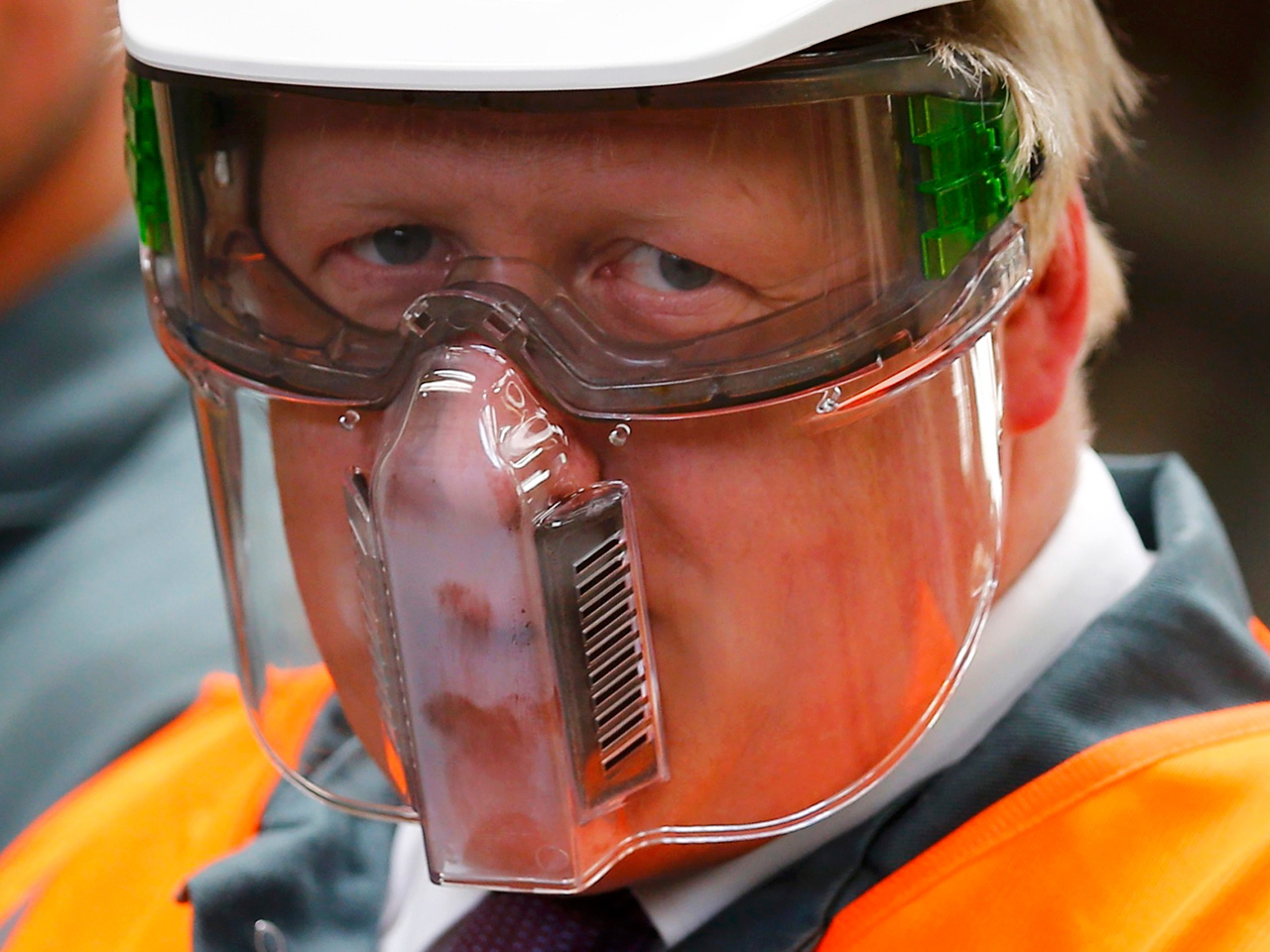 LONDON - Ex-London Mayor Boris Johnson has compared the European Union's aims to those of Adolf Hitler, arguing that the 28-nation bloc is creating a superstate that mirrors the attempt of the Nazi leader to dominate the European continent.

Johnson, the most prominent political figure arguing that Britain should leave the EU in what has become known as the "Brexit" debate, says the past 2,000 years of European history have been dominated by doomed attempts to unify the continent and recreate the Romans' golden age.

"Napoleon, Hitler, various people tried this out, and it ends tragically. The EU is an attempt to do this by different methods," he was quoted by The Sunday Telegraph as saying. "But fundamentally, what is lacking is the eternal problem, which is that there is no underlying loyalty to the idea of Europe. There is no single authority that anybody respects or understands. That is causing this massive democratic void."

Johnson's remarks immediately elicited outrage on the part of those campaigning to remain in the EU ahead of a June 23 vote in Britain on whether to stay or leave. The "stay" camp described Johnson's comments as a desperate effort take the focus off the economic impact such a rupture would create and on to the more populist theme of sovereignty issues.

"Leave campaigners have lost the economic argument and now they are losing their moral compass," said Hilary Benn, a senior member of the Labour Party. "After the horror of the Second World War, the EU helped to bring an end to centuries of conflict in Europe. And for Boris Johnson to make this comparison is both offensive and desperate."

The remarks come after a steady drumbeat of economic warnings about the shock to the nation's economy in the event of a vote to leave. The Bank of England and its respected Gov. Mark Carney cautioned last week that Britain faces a recession amid the uncertainty of a Brexit.

By shifting to the sovereignty issue, Johnson is changing tack - and tapping into the deep-seated concerns of many Britons who believe that bureaucrats in Brussels have seized too much control over their everyday lives. By evoking World War II, Johnson has reminded much of the country of its "finest hour" - the moment that the nation acted as the bulwark to halt Nazi tyranny.

Johnson' attention-grabbing tactics have also underscored his ability tap into the popular mood, and his comments Sunday are likely to appeal to the patriotic sentiments of those who have not yet made up their minds on the vote. Johnson's self-deprecating manner and jokey persona often seizes the public's imagination - a factor that makes him a leading contender to succeed fellow Conservative Prime Minister David Cameron, the leader of the "stay" campaign.

"Boris goes on surprising people," Farage told the Mail on Sunday. "They say he can't do this, he's a joker - it's like Ronnie Reagan. Could he do it? Yes."