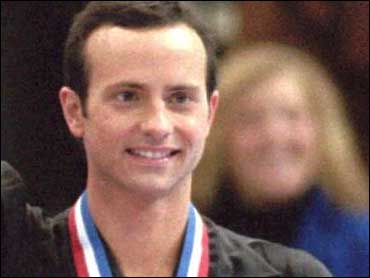 It's a reprise of the big figure skating competition at the Salt Lake Olympics where two gold medals were awarded in Pairs because of a judging scandal.

Boitano says, "In fact, one of the pairs is on my team, Jamie Sale and David Pelletier."

Boitano notes the Canadian team is competing against Elena Berezhnaya and Anton Sikharulidze who won the other gold medal in the Olympics, the first time two medals were awarded in the same event. "They're representing the other team, Boitano says. "It's the first time they'll meet up since the Olympics."

He performs for The Early Show, "The Summer Wind," by Michael Buble.

Don't miss his performance Saturday night at the Ice Wars: North America vs. The World.