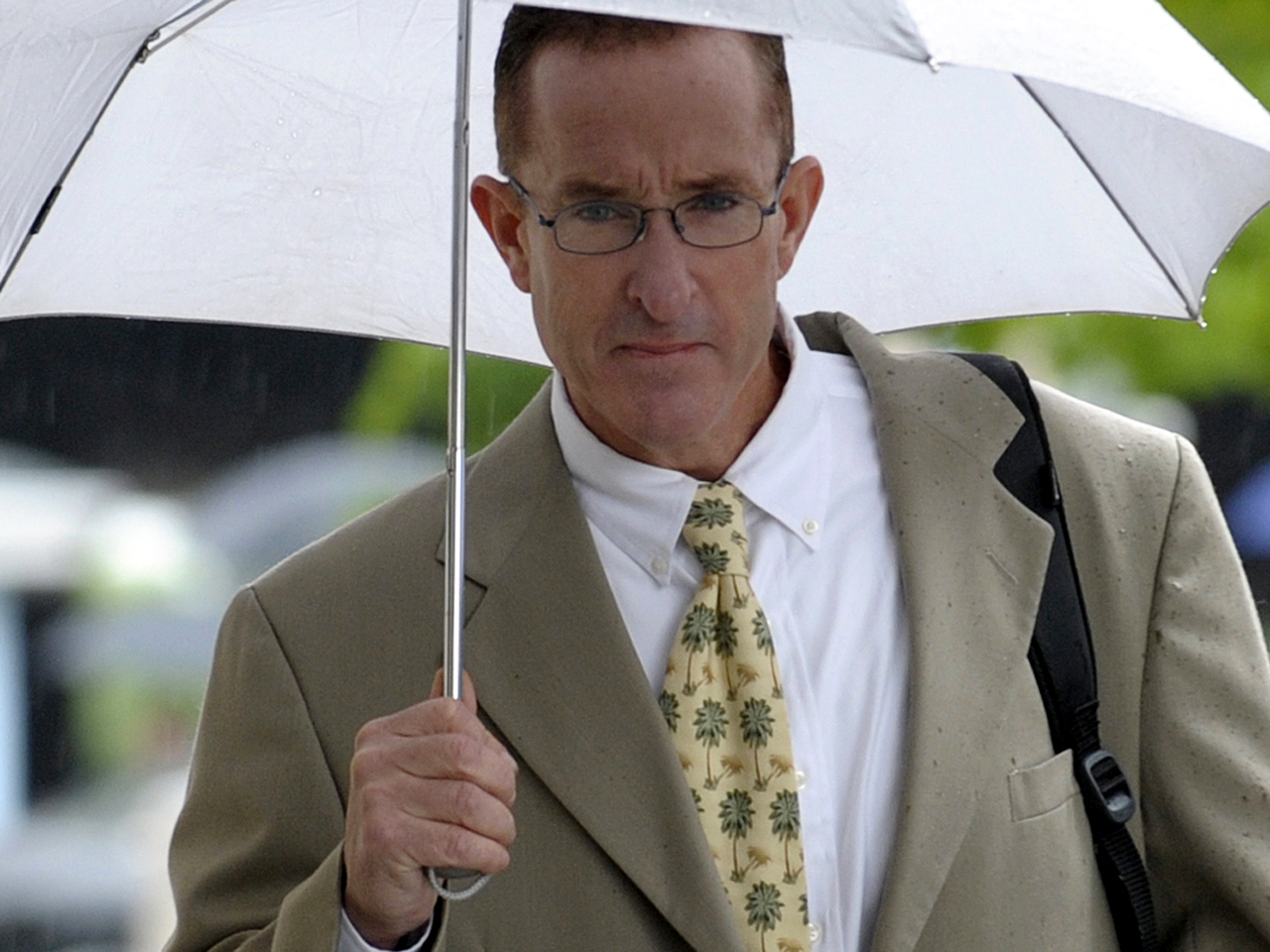 (AP) WASHINGTON - Speaking softly, nervously and in detail, Brian McNamee testified about the life-changing moment when, he said, he first injected Roger Clemens with steroids.

The government's star witness in the Clemens perjury retrial took the stand Monday and told the jury that he injected one of baseball's most successful pitchers with steroids about eight to ten times when they were with the Toronto Blue Jays in 1998.

"I knew what I was doing was illegal," McNamee said. "I wish to God I could take it back."

Clemens is charged with lying to Congress when he testified in 2008 that he had never used steroids or human growth hormone. The first attempt to try him last July ended in a mistrial when prosecutors showed the jury a snippet of videotaped evidence that had been ruled inadmissible.

The retrial took until its fifth week to get to the heart of the government's case: McNamee -- the only person who will claim firsthand knowledge of Clemens using performance-enhancing drugs.

In his thick New York accent, McNamee recalled how he met Clemens when McNamee was the strength and conditioning coach of the Toronto Blue Jays during the 1998 season, and how he was asked by Clemens to come to Clemens' apartment in the Blue Jays' Skydome stadium after a game one day in June.

McNamee said he found steroids, alcohol, needle and gauze laid out in the bathroom. He said he felt "a little uncomfortable" while preparing the shot because he'd never done anything like it before. He said he then walked into Clemens' bedroom.

"Roger pulled down his pants, exposing his right buttocks cheek to me," McNamee said. A few seconds later, Clemens said he was ready. McNamee said he then "plunged the fluid in into his buttocks."

After it was done, they "exchanged pleasantries," according to McNamee.

"That," McNamee concluded, "was the first time I injected Roger Clemens."

McNamee said he didn't feel good about the moment, but he got the sense that Clemens "wasn't good at doing the 'booty shot."'

"I did it," McNamee said, "because I wanted to help and I wanted to keep my player safe. ... I wasn't under the assumption that was the first time he did that."

McNamee recited details of another injection later in the season, one he said he gave Clemens in a hurry in a supply room in the Tampa Bay clubhouse during a road trip. He recalled some scenes meticulously; other times he was more vague. He occasionally fidgeted with his white shirt or tan jacket and sometimes took long pauses before answering questions. It took him a few seconds to recall his wedding date -- perhaps understandable, given he's going through a divorce -- and he initially said three months, instead of three years, when asked how long he worked for the New York Police Department before he started working for major league baseball teams.

McNamee was barely audible the first time he uttered the word "Roger." He and Clemens were once good friends; he worked with Clemens for the better part of a decade, both in an official capacity with the Blue Jays and later with the New York Yankees, and also as a personal trainer who would run Clemens through demanding workouts, often at Clemens' home in Texas.

McNamee's appearance is essentially the be-all and end-all of the trial. The first four weeks were mostly underbrush, attempts by prosecutors to show that Clemens might have lied about ancillary things such as B12 needles lined up on training room tables, and whether he knew that former Sen. George Mitchell wanted to talk to him while preparing the 2007 Mitchell Report on drug use in baseball. They also had to prove that Congress had the right to call the 2008 hearing in the first place, and there have been numerous delays as attorneys have argued what can and can't be said before the jury.

The judge resolved several of those matters in quick succession Monday morning, with the government winning significant battles about the testimony of former Clemens teammate Andy Pettitte and the admissibility of records from McNamee's ongoing divorce.

Pettitte testified about a conversation 12 years ago in which Clemens supposedly admitted to using HGH, but then acknowledged under cross-examination there was a "50-50" chance he might have misunderstood Clemens' remark. The defense wanted the judge to strike Pettitte's testimony about the conversation, but Walton ruled that Pettitte had met enough of a threshold for the testimony to stand, and that it will be up to the jury to decide which how much weight to give it.

Walton also granted motions filed by McNamee and his estranged wife's law firm to quash a Clemens subpoena for divorce records. The judge called the subpoena a "fishing expedition" by the defense to look for information to disparage McNamee's character.

Clemens' team did win a few small victories. The judge ruled that Clemens' team could bring up evidence of McNamee's alleged alcohol problems, including two convictions for driving under the influence. Walton also said that if the defense had evidence that McNamee had obtained prescription drugs online without a prescription, that too could be mentioned.

But the judge said again that defense lawyers cannot mention that McNamee was investigated for an alleged sexual assault over a 2001 incident at a St. Petersburg hotel involving a woman who was found to have a date rape drug in her system. Walton said that the defense could refer to it only as a "serious criminal investigation." The defense will be able to say that McNamee lied to investigators during that investigation. Charges were never filed in the case.