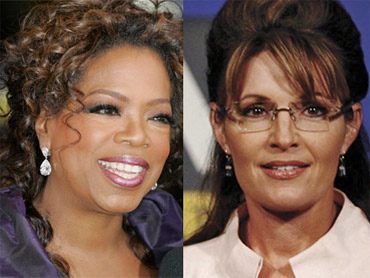 
Be careful what you wish for. Three little words – "Bring them on" – preceded a firestorm about another 16 words in the State of the Union message on Iraq's alleged nuclear ambitions that have created the most serious political damage for the Bush administration in the last three years.

Americans tolerated the tough cowboy talk ("There's an old poster out West that as I recall said, 'Wanted: dead or alive") in the days following 9/11, possibly because they were in shock and looking for a strong leader to keep the country intact after the traumatic attacks. But last week, the swagger backfired. Big time.

The Democratic candidates running for president, some of whom have been trying to duck the Iraq issue, came out swinging. Sen. Joe Lieberman, a hawk on Iraq, said the intelligence mess was giving a "bad name to a just cause."

The irony is that the 16 words themselves, apparently so precious to the administration that they kept popping up months after George Tenet got them yanked from an October speech by the president, created little buzz with the American public at the time. A CBS News real-time assessment of the State of the Union address, conducted by Knowledge Networks, which measured the moment-by-moment reactions of a nationwide random sample of speech watchers, found virtually no movement at all in favorable opinions while the president delivered that argument for taking on Saddam Hussein.

But there is reaction now. On Tuesday, Sen. Edward Kennedy, a dove on Iraq who all along was preoccupied by the lack of a long-range plan, was latest Democrat to hit hard:

"It was a foregone conclusion that we would win the war. But pride goes before a fall, and the all-important question now is whether we can win the peace. In fact, we are at serious risk of losing it. Our policy toward Iraq is adrift. Each day, our troops and their families are paying the price. Our clear national interest in the emergence of a peaceful, stable, democratic Iraq is being undermined.

On May 1, President Bush announced aboard the USS Abraham Lincoln that the United States and our allies had prevailed and that 'major combat operations' in Iraq had ended. Not exactly. American troops in Iraq are now serving as police officers in a shooting gallery. In recent weeks, they've been subjected to 10 to 25 violent attacks a day by hostile fighters or forces.

In the 76 days that have passed since the President spoke, 81 more American troops have died. For the men and women of our armed forces who are dodging bullets in the streets and alleys of Baghdad, and other parts of Iraq, the battle is far from over. President Bush says of the attackers, bring them on."

Incoming RNC chair Ed Gillespie is accusing the Democrats of piling on and politicizing the war. However, the argument is a little hollow coming from the person who will head the Republican Party when its convention meets in New York, a place chosen to symbolize President Bush's prowess as an international leader.

But the worst news for George W. Bush might be in some other numbers in last week's CBS News poll, not on Iraq but on the economy. By almost four to one Americans said the economy was more important to them than Iraq, and only 41 percent said they approved of the president's handling of the economy, a drop from 56 percent last year.

President Bush can still count on an overall approval rating of 60 percent, $34 million in the bank and a Democratic Party that is about to embark on six months of fussin' and fightin'. But the honeymoon Mr. Bush enjoyed for the first three years of his presidency is clearly over and some Democrats are starting to paraphrase those three little words: "Bring him on."